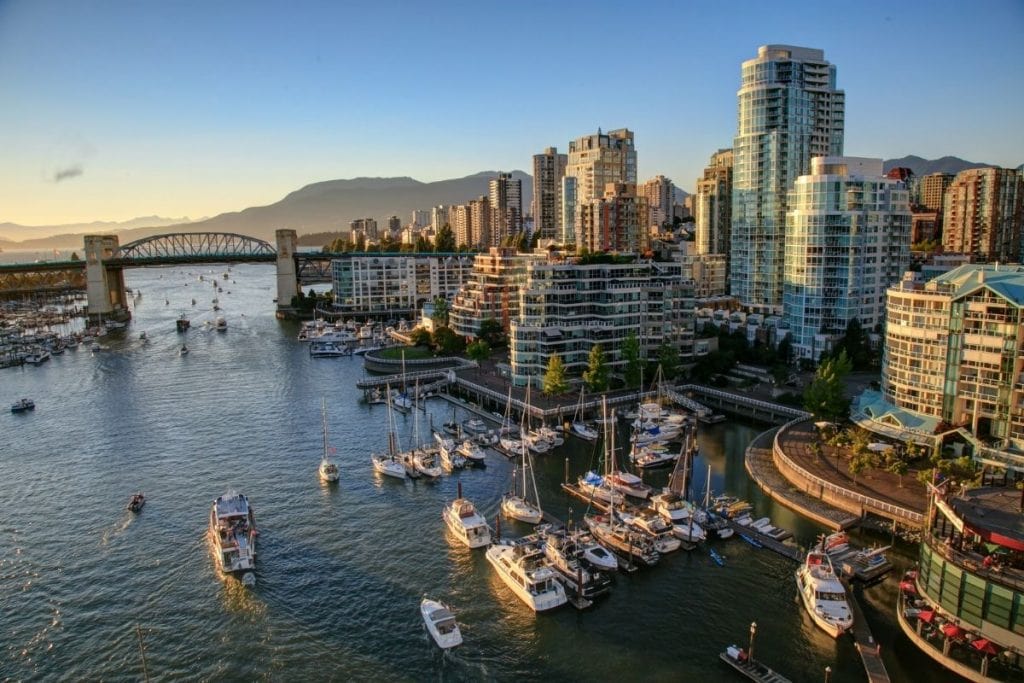 Are you planning a trip to Vancouver but still aren’t sure where to stay? The city is fairly easy to get around, and not so big that you’ll be spending too much time in transit, but the location is always important.

While there isn’t necessarily a wrong place to stay in the city, there definitely are pros and cons to staying in certain neighbourhoods. If you’re planning on walking rather than driving, you’ll want to be within easy walking distance to attractions and transport. And if you’re a night owl you’ll probably want to book into a hotel near restaurants and bars that stay open later.

This guide will help you find the best location to stay in Vancouver as well as offer a selection of accommodation options for you to choose from. END_OF_DOCUMENT_TOKEN_TO_BE_REPLACED

When I think of both “tropical” and “Canada”, the first place that comes to mind is Tofino. One of Canada’s most westerly towns, Tofino faces the Pacific Ocean and is home to some of the best surfing in the country, as well as whale watching, hiking, paddling, and so much more.

We’ve been to Tofino many times and it’s always a charming place to visit. Whether it’s walking along the beach in the evening to witness some of the most spectacular sunsets in the country or hiking along the coast in beautiful lush rainforest, Tofino is one of our favourite places to visit in British Columbia.

We always look forward to going back, so if you do get the chance to go, here are some things you shouldn’t miss. END_OF_DOCUMENT_TOKEN_TO_BE_REPLACED

From lush rainforest to high mountain peaks and the Pacific Ocean, British Columbia is an incredible province to explore. Living next door in Alberta, we’ve been to BC many times and have experienced it from north to south and from east to west.

Although British Columbia is home to the mildest climate in Canada, it’s also about as diverse as it gets. From being able to go surfing and skiing (possibly during the same day) to be able to hike some of Canada’s tallest mountains or explore one of North America’s most dense cities, BC is a treasure trove for tourists and locals alike.

Whether you’re planning to explore the cities, the mountains, the ocean or everything in-between, we’ve got you covered in this comprehensive travel guide to the wonderful province of British Columbia.

END_OF_DOCUMENT_TOKEN_TO_BE_REPLACED

In this guide, we’re going to fill you in on where to go whale watching in Canada, the most common whales you’ll likely see, and the best times to go. END_OF_DOCUMENT_TOKEN_TO_BE_REPLACED 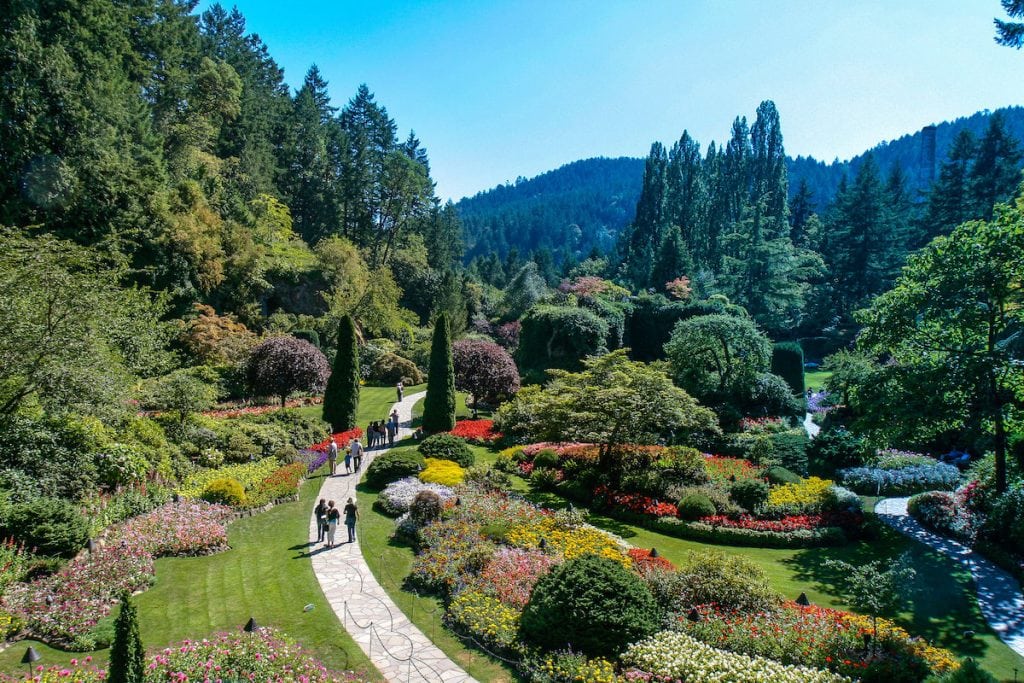 When it comes to beautiful Canadian cities, Victoria is definitely high on the list. Located on the southern tip of Vancouver Island, Victoria is British Columbia’s capital and one of the oldest cities in the Pacific Northwest. A British settlement since 1843 and named after Queen Victoria, the city is home to a variety of historic buildings, including the beautiful parliament buildings and the world-famous Empress Hotel. The city is also home to the oldest Chinatown in Canada, vibrant First Nations communities who have called this place home long before European settlement, and is widely known as “The Garden City” thanks to its mild weather and almost year-round gardens.

Victoria is also ranked as one of the top 20 cities worldwide for its quality of life and is relatively snow-free in the winter months, something rather unusual for a Canadian city. Another benefit of visiting Victoria is the city’s surroundings, which include a stunning Pacific coastline, lush rainforest, and beautiful mountains. It’s also conveniently located near both Vancouver, BC, and Seattle, Washington.

If you’re looking to visit a beautiful laid-back city surrounded by outdoor adventure and nature, Victoria should definitely be on your bucket list. In this Victoria BC Travel Guide, we’ll share with you some of the best things to do in Victoria while also sharing some tips on saving money, how to get around, where to stay, and much more.

END_OF_DOCUMENT_TOKEN_TO_BE_REPLACED 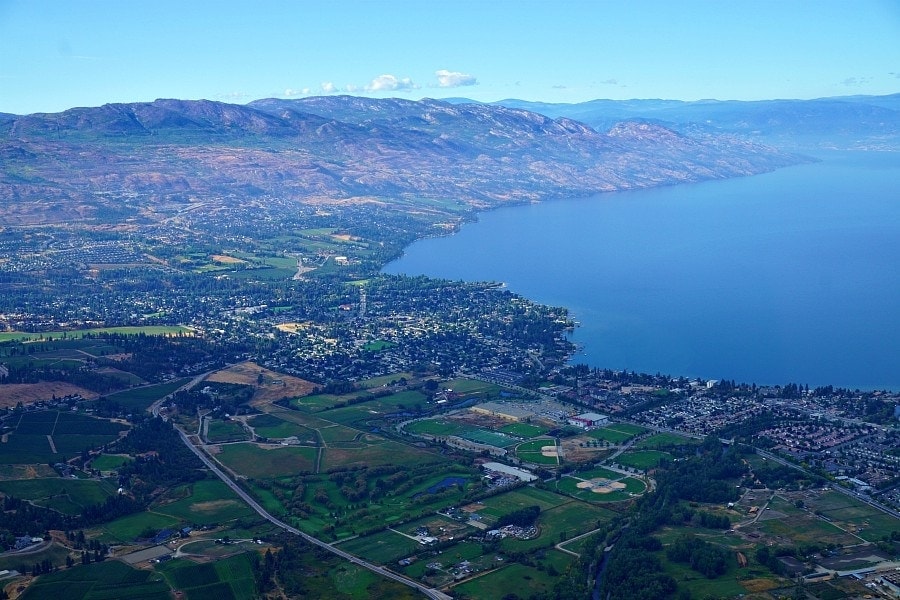 Located along beautiful Okanagan Lake, surrounded by desert and wineries, Kelowna is easily one of British Columbia’s tourism jewels. It’s the third-largest metropolitan area in British Columbia, behind only Vancouver and Victoria, and is one of the most popular summer destinations in the province. It’s also one of the warmest destinations in Canada, so whether you’re looking to get some sun, go boating, hit up a golf course, visit wineries, or even come here in the winter for some awesome skiing, Kelowna is a great place to explore.

However, another great feature of Kelowna and the Okanagan Valley is that it’s home to many other great communities, such as Vernon, Peachland, Summerland, and Penticton. Plus, it’s right in the middle between the Calgary to Vancouver drive, making it a great place to visit during an epic Canada road trip.

END_OF_DOCUMENT_TOKEN_TO_BE_REPLACED 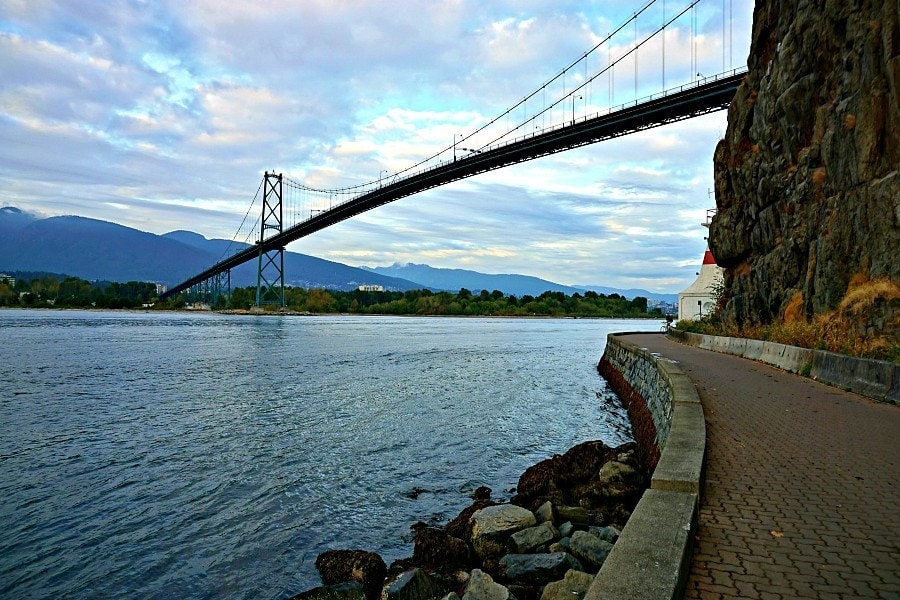 When people ask me what I think is the most beautiful city in Canada, Vancouver is top of mind. Although it’s one of the most densely populated cities in North America, it’s also surrounded by such stunning natural beauty, including lush forest, mountains, and the Pacific ocean. It’s because of it’s setting that I often rank Vancouver as one of the prettiest cities on Earth.

Vancouver is also vastly urban, with hundreds of skyscrapers dotting the landscape. You can easily be surrounded by a concrete jungle in the morning and out in the forest in the afternoon. This is what makes it such a great place to visit. However, it’s also one of the most expensive cities in Canada, especially when it comes to real estate and accommodation.

If you’re looking for a vibrant art scene, delicious Japanese cuisine, historic districts, thriving markets, incredible urban parks, and beautiful vistas, Vancouver should be on your bucket list. In this Vancouver Travel Guide, we’ll share with you some of the best things to do in Vancouver while also sharing some tips on saving money, how to get around, where to stay, and more. END_OF_DOCUMENT_TOKEN_TO_BE_REPLACED

When it comes to choosing a Canada road trip, it can be a tough decision as there are so many options from coast to coast to coast. But for road trips that are less than 12 hours in length (drive time without stops), few can rival the road trip from Calgary to Vancouver. On this 975 kilometre journey, you’ll pass through the foothills, the Canadian Rockies, the towns of Banff and Canmore, multiple national parks, lakes, rivers, quaint mountain towns and eventually arrive at the Pacific Ocean. You’ll also get to see two beautiful Canadian cities: Calgary and Vancouver. Plus, you can go slightly off the Trans-Canada and experience one of Canada’s most prominent wine regions: the Okanagan valley. Yes, indeed, this road trip pretty much has it all.

Whether you start in Calgary or in Vancouver, it doesn’t really matter. It’s the same trip either way. What does matter is that you don’t limit yourself to a 12-hour drive without stops. Take some time, spend some nights, explore the area, and create some memories in one of the most beautiful areas of Canada.

END_OF_DOCUMENT_TOKEN_TO_BE_REPLACED

Ahhh… the Okanagan Valley. It’s a 160-kilometre long narrow stretch of sun-drenched paradise with long lakes, rolling mountains and plenty of heart-pumping, spirit-sipping, 100% Canadian good times. When friends asked if I wanted to join them on a three-day adventure exploring Penticton, B.C. by pedal and foot, I jumped in. END_OF_DOCUMENT_TOKEN_TO_BE_REPLACED

While there are many other road trips not listed here, as well as a variety of incredible destinations that may not include an iconic road trip, we believe these 13 itineraries below are the best road trips in Canada and a great way to design your own Canada tour. END_OF_DOCUMENT_TOKEN_TO_BE_REPLACED