Things to do in Edmonton 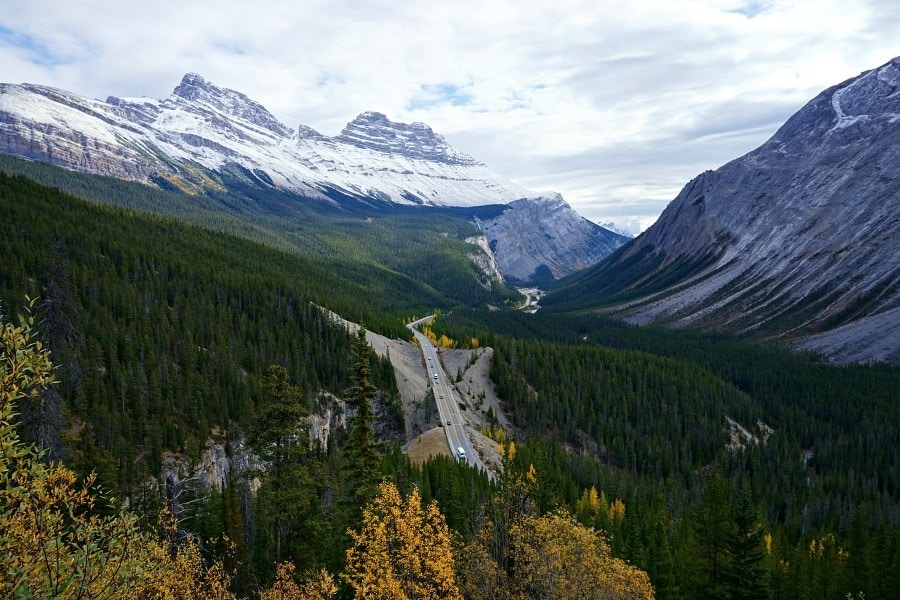 Highlights From The Road to 150 Alberta Adventure

From boreal forest to vast prairies and high mountain peaks, Alberta is an incredible province to explore. This is Canada’s fourth-most populous province and one of only two Canadian provinces that are land-locked. This is also our home province and it was very fun to be able to experience Alberta as part of the Road to 150 travel series.

We rode a gondola to the top of a mountain, walked on a glacier, hiked to various waterfalls, canoed a glacier-fed lake, had fun at the second largest indoor waterpark in the world, hiked into a canyon, learned about dinosaurs, rode on a steam train, and learned about Canada’s star music talent. We also went up into the iconic Calgary tower, rode the worlds largest indoor triple loop rollercoaster, and drove the world-famous Icefields Parkway. We packed a lot of adventures into our short visit and can’t wait to explore the province deeper.

There is so much to do in Alberta. Whether you’re looking for incredible natural parks to explore, first nations culture, rodeos, or beautiful cities, Alberta is the place to be! END_OF_DOCUMENT_TOKEN_TO_BE_REPLACED

Whether you’re visiting Edmonton, Canada, for business or for pleasure, one of the best ways to experience the local vibe of the city is to watch one of its various professional sports teams in action. With an array of sports including hockey, football, and lacrosse, there’s something to match anyone’s interests.

The Edmonton Oilers of the National Hockey League

Although the Edmonton Oilers aren’t as famous as they were in the 1980s, they’re still an exciting team to watch. Considering the love that Canadians have for hockey, it’s one of the best sports to watch in the country.  Known for having the best ice in the National Hockey League as well as loud and passionate fans, watching a game in Edmonton will likely become one of the highlights of your trip.

The Edmonton Eskimos of the Canadian Football League

If you’ve never seen a Canadian football team in action, you’re in for a surprise. With only three downs instead of four, it’s known as being faster than American football. The Edmonton Eskimos are the most successful Canadian football franchise in the modern era and have won a total of 13 championships. If you have any interest in the sport, Edmonton is one of the best cities to not only see it in action, but also to experience it like a local. Get to the game early, join a tailgate party, and cheer on the team by singing the Edmonton Eskimos Fight Song during every game.

The Edmonton Rush of the National Lacrosse League

If your trip to Edmonton doesn’t coincide with an Edmonton Oilers game, there’s a good chance you’ll be able to watch an Edmonton Rush game at the same arena. Even though hockey is Canada’s most passionate sport, lacrosse is technically the national sport and a very exciting one to see. With hard hits, fights, and fast speed, a game of lacrosse is sure to put you on the edge of your seat.

For a little bit of exercise and fun, visit West Edmonton Mall’s ice rink where you can rent some skates and carve up the ice in front of a small audience. The Edmonton Oilers once used the rink during practice so fans could watch them prepare for upcoming games. The best part about skating at West Edmonton Mall is that when you’re done you can enjoy one of the world’s biggest waterparks, a rollercoaster, mini-golf, and a number of restaurants.

With so many sports teams in Edmonton, there’s entertainment for everyone. Although the teams mentioned above represent the most popular leagues, there are many other professional sports teams as well, including the Edmonton Energy of the International Basketball League and the FC Edmonton of the North American Soccer League. Whether you visit Edmonton during the summer months or the winter months, get a cheap hotel in Edmonton and make your way to one of the many sports facilities for a night of entertainment.

This article was written as part of the hipmunk #citylove project. As a paid writer for some city guide articles, I have written about such Canadian cities as Vancouver, Victoria and Edmonton. 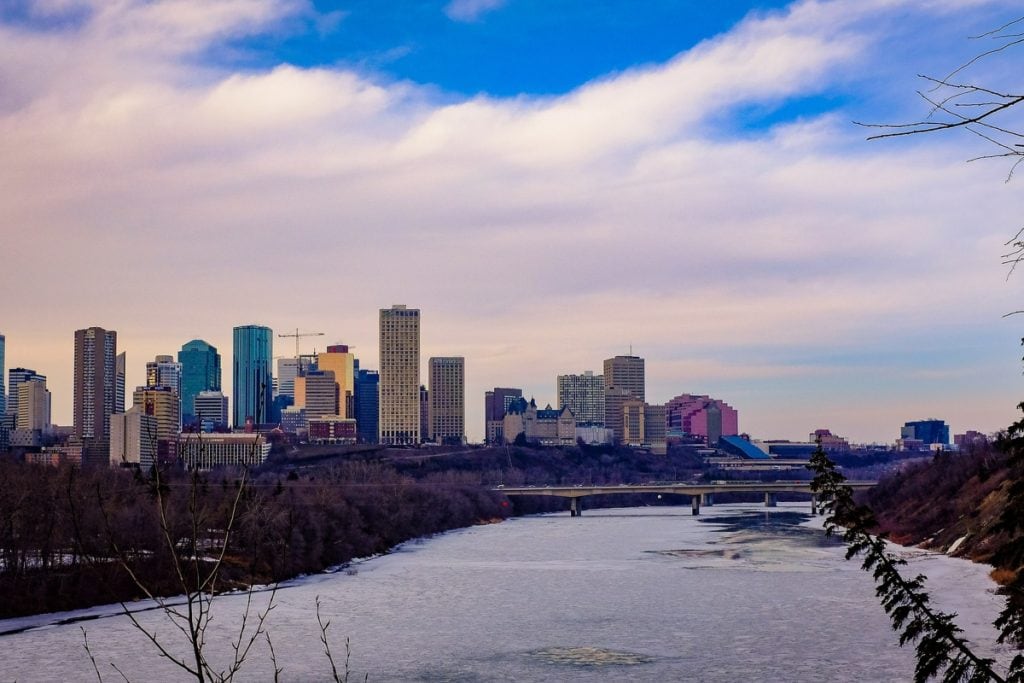 Although Edmonton might not come to mind when one thinks of visiting Canada, there are actually a lot of things to do in Canada’s northernmost major city. From world-class shopping to world-class festivals to beautiful snow-capped mountains just a few hours away, Edmonton has something for everyone and this guide will help you get the most out of your trip. END_OF_DOCUMENT_TOKEN_TO_BE_REPLACED

Known as Canada’s gateway to the North, Edmonton is a great place to visit both for business and for pleasure. Whether you’re coming to negotiate a deal or ride the rollercoaster at West Edmonton Mall, finding a place to sleep doesn’t have to break the bank. In this article, you’ll find the top nine cheap hotels in Edmonton so you can save your money for the plethora of activities available throughout the city. END_OF_DOCUMENT_TOKEN_TO_BE_REPLACED 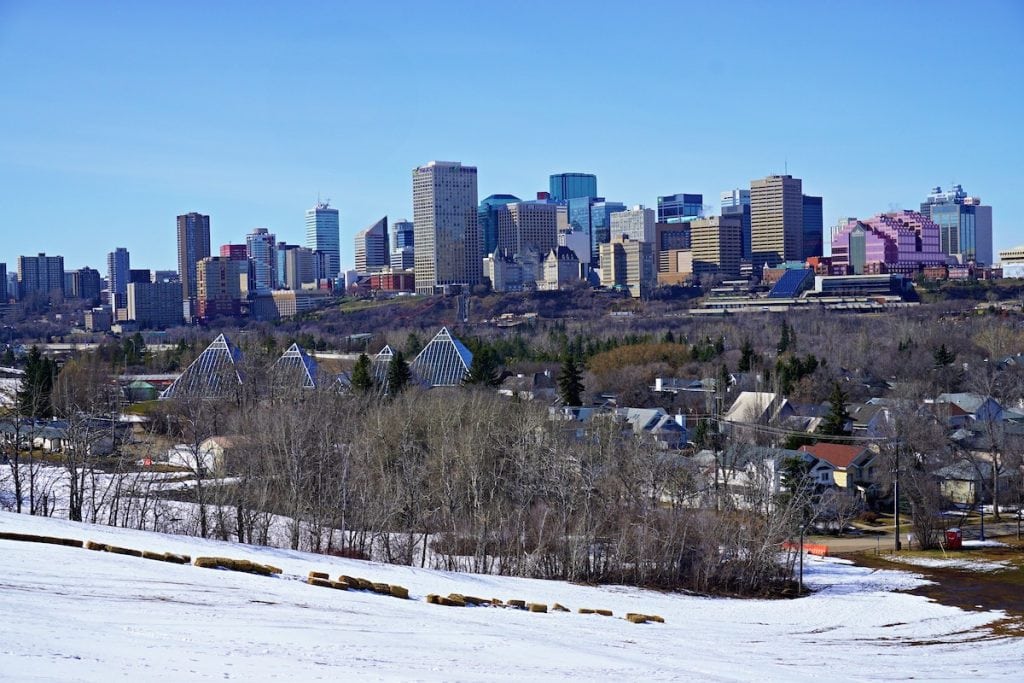 Home of North America’s biggest mall, Edmonton has a plethora of activities to enjoy with the family. Whether you’re interested in shopping, waterslides, dinosaurs, mini golf, skating, professional sports, rollercoasters, history, or a little bit of everything, this short guide will help you plan your family vacation.

Once known as the biggest mall in the world, West Edmonton Mall has almost every activity you could possibly imagine under one roof. If shopping is what you’re after, the mall boasts over 800 stores and would literally take a couple of days just to step foot in all of them. On the other hand, it has many activities that you wouldn’t expect in a mall such as the world’s second-largest indoor waterpark, the world’s second-largest indoor amusement park, a skating rink, a movie theatre, hundreds of restaurants, an aquarium, mini-golf, a themed hotel, a lake, and a life-size replica of the Christopher Columbus ship that found the Americas. END_OF_DOCUMENT_TOKEN_TO_BE_REPLACED

Whether you’re visiting alone, with friends or with family, Edmonton has a lot of fun activities. For those on a budget, this article will share some tips for truly experiencing Edmonton on the cheap.

If you’re visiting the city on the weekend, take the High Level Bridge Street Car, which goes from Old Strathcona to downtown Edmonton for just $5 round-trip. Not only will you experience amazing views of the North Saskatchewan River Valley but you’ll also be transported between two of Edmonton’s must-see districts. END_OF_DOCUMENT_TOKEN_TO_BE_REPLACED

As a kid who grew up in a small town in Northern Alberta, West Edmonton Mall seemed like the biggest place in the world. After all, the mall gets more visitors in a day than the entire population of my hometown. I still remember going on a road trip to Edmonton, Alberta every six months or so and my eyes would widen every time we stepped foot inside North America’s biggest mall.

Years later, West Edmonton Mall still impresses me. Where else can you have a weekend (or a full week for that matter) of fun without ever leaving the mall. It’s an incredibly fun place and if you’re visiting Edmonton, a trip to this famous mall is an absolute must. If you’re looking to create a weekend to remember, continue reading below.
END_OF_DOCUMENT_TOKEN_TO_BE_REPLACED

Nicknamed “the festival city”, Edmonton has an array of activities to keep visitors entertained. Whether you’re in town for business, looking to experience West Edmonton Mall, enjoy one of the cities many festivals or watch the Edmonton Oilers NHL hockey team in action, you’re going to need a place to stay. Luckily, Edmonton has a plethora of hotels ranging from budget to luxury to just plain unique. Below is a list of the top 1o hotels to consider for your next trip to Edmonton. 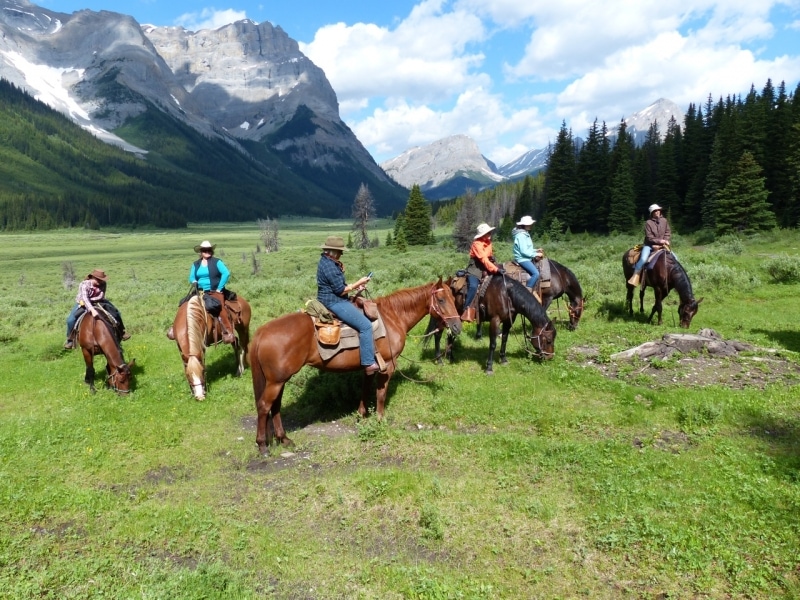 I honestly thought that I knew everything about the Canadian Rockies. Okay, maybe not everything, but after living in Calgary for the last 10 years, I’ve had my fair share of Rocky Mountain experiences. I’ve spent a lot of time camping near beautiful mountain lakes, enjoying world-class skiing, snowshoeing, tubing, hiking, and even riding in a helicopter for a birds eye view of one of the most incredible places on earth. I really did think I had experienced everything the rockies had to offer. That is, until I heard about Trail Riders of the Canadian Rockies. This non-profit group, which has been around for more than 90 years, takes customers for six-day journey’s on horseback through the backcountry of the Rockies. END_OF_DOCUMENT_TOKEN_TO_BE_REPLACED