Things to do in the Yukon

While there are many other road trips not listed here, as well as a variety of incredible destinations that may not include an iconic road trip, we believe these 13 itineraries below are the best road trips in the canada and a great way to design your own Canada tour. END_OF_DOCUMENT_TOKEN_TO_BE_REPLACED

One of the most epic road trips in all of Canada is the Dempster Highway, a 700-km dirt road stretching from Dawson, Yukon to Inuvik, NWT. The highway takes you from one territory to another, passing the Arctic Circle and all sorts of magnificent scenery, and finally linking up to the Inuvik-to-Tuktoyaktuk-Highway, which takes you all the way to the Arctic Ocean.

During our 150-day road trip across Canada, this was one of our most epic experiences. After all, how often can you say you drove past the Arctic Circle? The landscapes are so incredible and because we went in the fall, we were greeted by an array of beautiful colours, ranging from dark reds to golden yellows. It was truly a road trip we’ll never forget and a trip that many people wish to take. After all, this is one of the best things to do in Canada.

As mentioned in the beginning, however, the Dempster Highway is a 700-km dirt road with very little services offered along the way. In fact, there’s only one and it’s in a place called Eagle Plains, which is located around the 400-km mark. Due to the highway’s isolation and rough surface, you must do some planning before you go. We read all sorts of blogs and info sites before embarking on our journey and quite frankly, many of them scared the shit out of us. Now that we’ve been on the Demspter Highway ourselves, I can say that some of them exaggerated quite a bit, but probably for good reason – to really make sure people prepare before making such a long-isolated journey.  END_OF_DOCUMENT_TOKEN_TO_BE_REPLACED 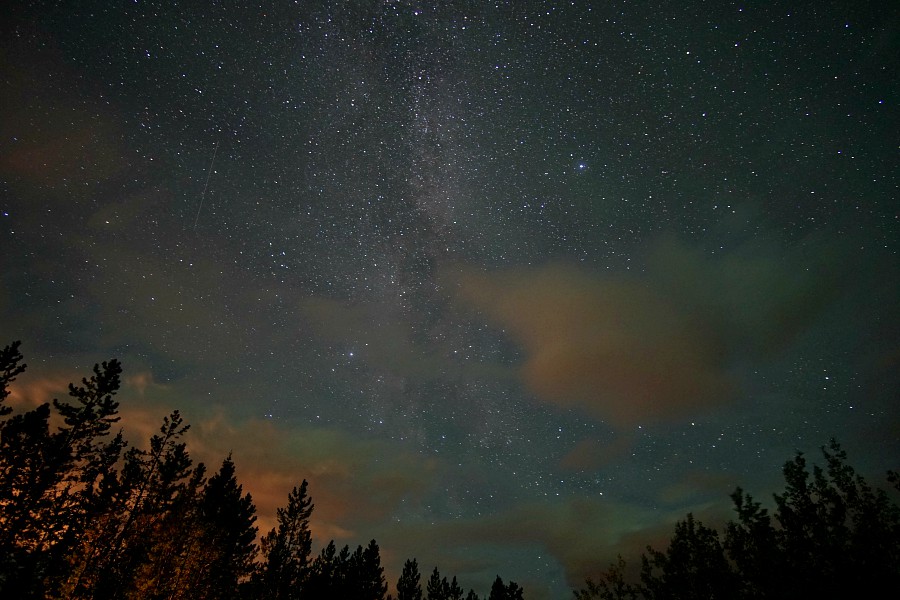 For anyone visiting Canada’s north, witnessing the aurora borealis (or the northern lights as they are also known) is almost always high on their bucket list. After all, who can look at photographs of green, pink, and purple ribbons of light dancing across the sky and not want to book a northern lights holiday? Having grown up in Fort.McMurray, Alberta, I saw them all the time, but once I moved down South, I didn’t see them for many, many years. So, when I was up in Whitehorse, Yukon, it was on my bucket list to see them as well.

Since we wanted to experience the options that tourists have when visiting the area, we contacted Northern Tales and asked about their northern lights vacation packages. Located right in the Best Western hotel in Whitehorse, they’re conveniently located for anyone visiting the area. In fact, accommodation at the Best Western is included in some of their packages. We ended up trying out their Basic Aurora Borealis package, which basically consists of a few nights at the Best Western combined with late-night viewings outside the city. END_OF_DOCUMENT_TOKEN_TO_BE_REPLACED 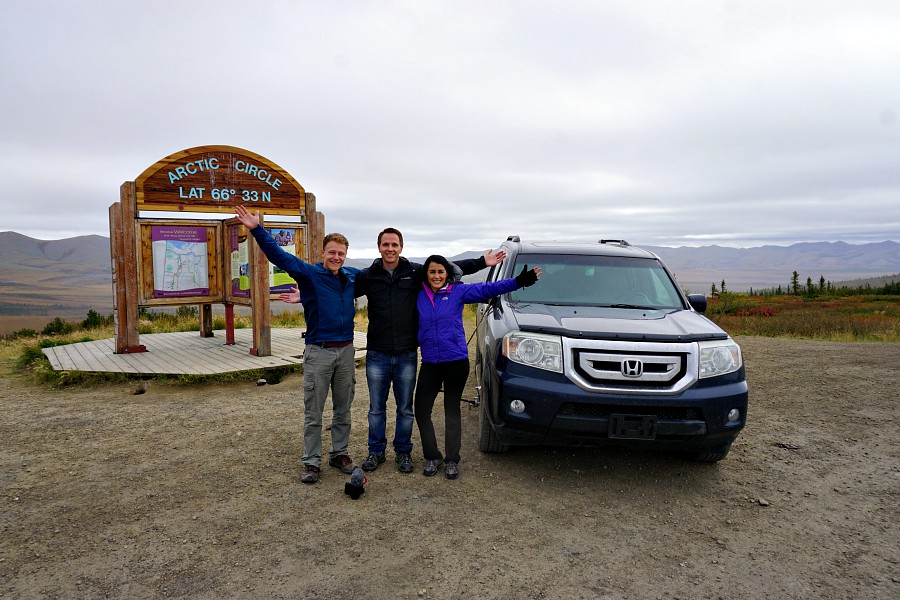 Highlights From The Road to 150 Yukon Episode

Known for its dramatic landscapes, vast wilderness, and the famous Klondike Gold Rush, the Yukon has been capturing people’s imaginations for years. With four-legged creatures far outnumbering humans, Canada’s tallest mountain peaks, and the world’s largest non-polar glacier, the Yukon is a true paradise for adventurers and outdoor enthusiasts.

We started our journey in Whitehorse, the Yukon’s capital city. From here, we toured the SS Klondike, ate some delicious food in Whitehorse’s oldest buildings, saw heaps of wildlife, and caught a glimpse of the Northern Lights. We then went to Dawson, the worlds most famous gold rush town. While walking around the old boardwalk streets was incredible enough, we also went gold panning, toured the massive dredge #4, watched a Cancan show at the oldest casino in the country, and took a river cruise on a paddle-wheeler. We then drove up the infamous Dempster Highway all the way to Eagle Plains, past the Arctic Circle and into the Northwest Territories. After coming back and spending another night in Dawson, we drove to Kluane National Park for one of the most epic flightseeing tours we’ve ever experienced.

We also learned many new things, including:

There is so much to do in the Yukon, especially for those who love the great outdoors. Whether you’re looking for secluded hiking opportunities, incredible flightseeing tours, high mountains, the ultimate “gold rush” experience, or Canada’s only highway to the Arctic, the Yukon is the place to be! END_OF_DOCUMENT_TOKEN_TO_BE_REPLACED 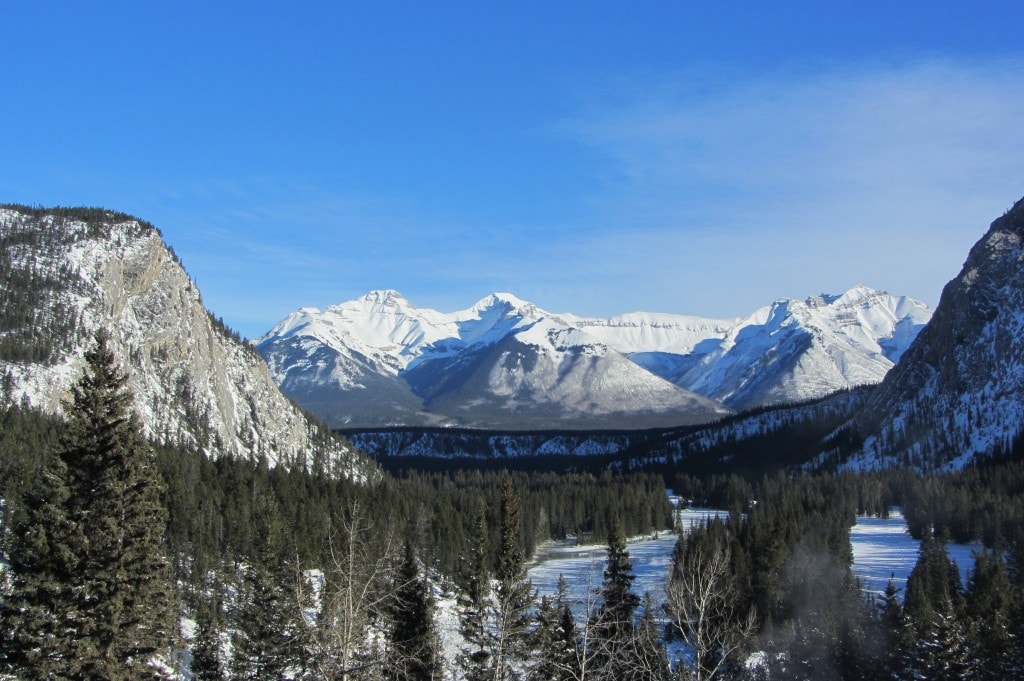 This post is part of the “This is My Canada” series for Canadian bloggers who want to write about the things we want people to experience in Canada. Maybe my top 7 is cliche or maybe they are obvious, but I don’t care. I love em!

Maybe I’m biased because I live in the west but I’ve yet to find anything on earth more beautiful than the Canadian Rockies. The drive from Calgary, Alberta to British Columbia is outstanding. Summer is the best time for a bunch of reasons. The road conditions are much safer and you’ll truly get to see the amazing contrast between lush green pine forests, bright blue skies, granite grey mountains, and emerald-colored lakes. Add to this the high probability of spotting deer, elk, mountain sheep, and potentially some grizzly bears, and you have one hell of an adventure ahead of you. The area is also home to Banff National Park, which is not only Canada’s first national park but also the #1 tourist spot in the country. Here in the winter? No worries, you’ll still get to bask in jaw-dropping beauty and the amazing contrast between bright white snow and deep blue skies. You can also go skiing at multiple world-class resorts. END_OF_DOCUMENT_TOKEN_TO_BE_REPLACED