Whether you choose to walk, hike, or bike, the 23-km Crowsnest Pass Community Trail is a great way to experience the scenic area and the five small communities that make up the municipality.

We ended up renting e-bikes as it was something we had never tried before. These bikes turn even the most grueling long-distance ride into a breeze. We started off by paying a visit to the famous Burmis Tree, which has stood in the area for roughly 450 years. We then offloaded our bikes and started our adventure off with a stop at the Bellevue Mine Tour. This tour takes visitors underground into one of the mines that gave this area its start. Although the mine is truly massive, only the first 300-metres is safe to explore. It’s a cool experience to be able to go underground and see the tough conditions men had to face many decades ago. Although miners have died here, the biggest mining disaster in Canadian history is located close by in the town of Hillcrest. This area has been struck by many tragedies, with one of the most famous being Frank Slide. 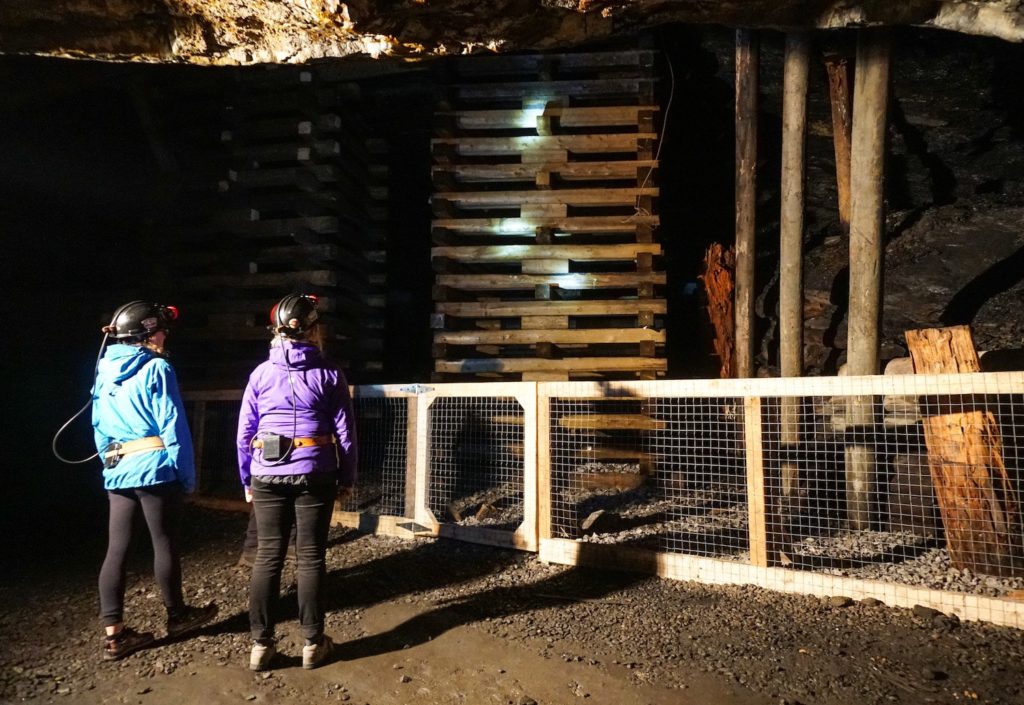 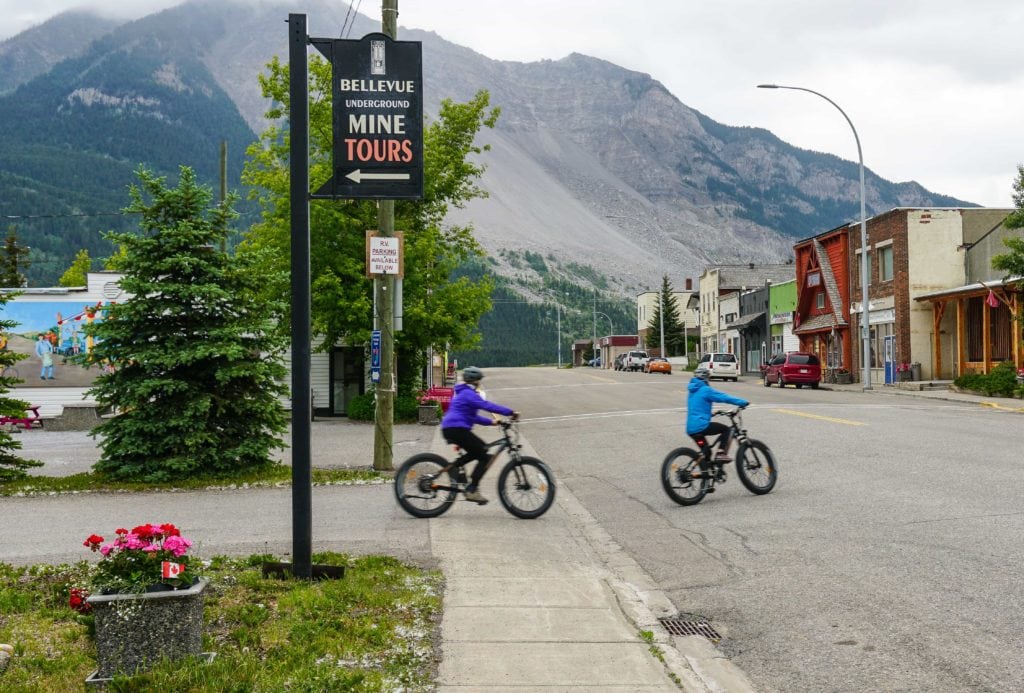 After a quick ice cream stop at the famous Old Dairy Ice Cream Shoppe, we visited the Frank Slide interpretive centre, which displays a wealth of knowledge on Canada’s deadliest landslide. From the viewing platform just outside the centre, we got an impressive view of Turtle Mountain and the massive area now covered in rubble.  It’s hard to imagine what it must have been like to experience this landslide back in 1903. Not only did it kill around 90 people, but it also buried part of the town when 90 million tons of limestone rock slide down the mountain.

Fun Fact: The indigenous people that roamed this area told the pioneers not to stay here. It was they who called it Turtle Mountain because they could see it moving very slowly. Obviously, the pioneers ignored them…and the rest is history. 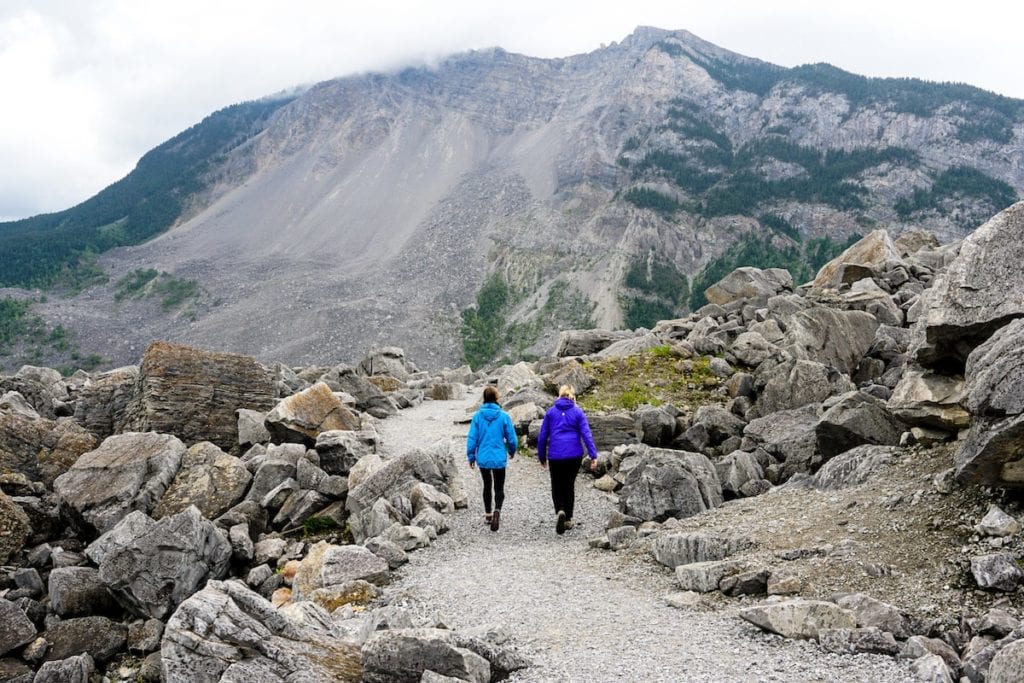 After walking around some of the trails that snake their way throughout the rock, we got back on our bikes and continued along the Crowsnest Community Trail, stopping occasionally to look at the beautiful scenery before visiting the little towns of Hillcrest, Coleman, and Blairmore.

Prior to 1979, no one would have imagined the mining communities of Crowsnest Pass to be linked together by a community trail. After all, despite the close proximity, these towns did not get along. As we talked with locals, they explained that back in the day, even trying to date a girl from another community could get you beat up. They didn’t want neighbouring towns stealing their women. Well, times have certainly changed and these five towns that now make up the Municipality of Crowsnest Pass are on much better terms. 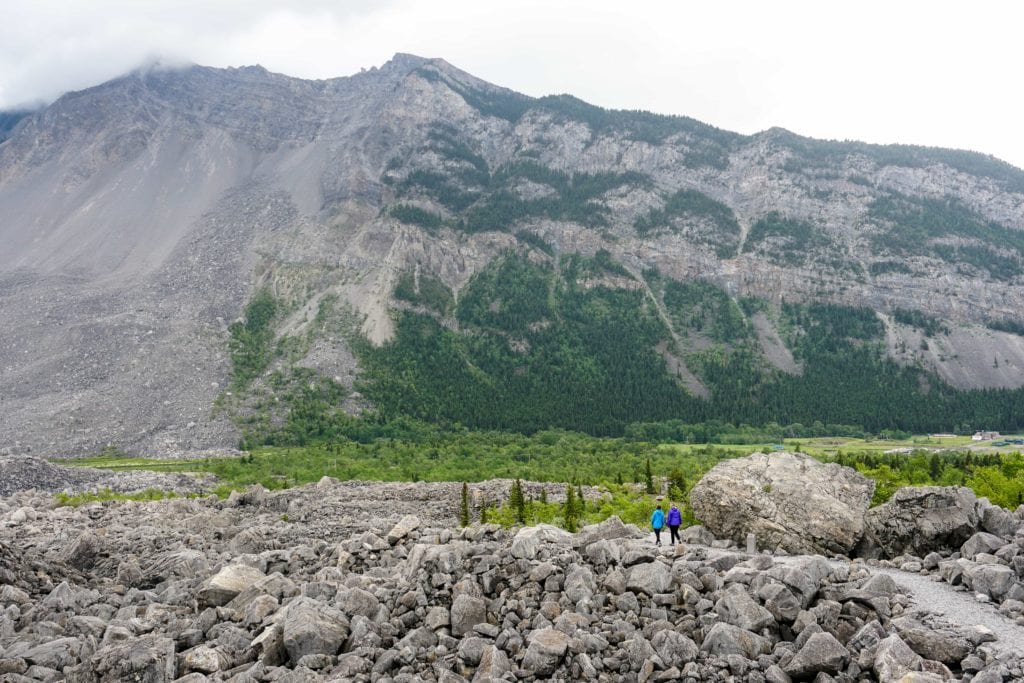 Whether you’re drawn in by the old-west style towns, Frank Slide, or the beautiful mountain scenery, take some time to walk, hike, or bike the 23-km Crowsnest Community Trail, which now takes you throughout each of the five towns while enjoying a lot of nature in the process.

Fun Fact: Crowsnest Pass weather is known as being quite windy! When you pass through places like Pincher Creek, you’ll notice all the wind turbines as well as signs telling you how windy it is. This is to notify big trucks for strong winds that could knock them over.

Have you visited the Crowsnest Pass before? What did you do? 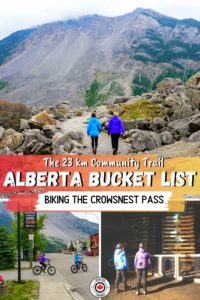 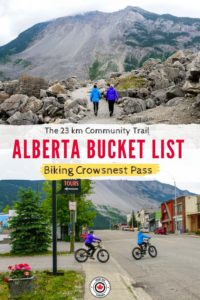