Since opening its doors in 2016, the National Music Centre’s Studio Bell has been one of Calgary’s hottest attractions. Housed in one of the cities most stunning buildings, the NMC brings musical education to the masses, including Canada’s Music Hall of Fame, interactive educational programming, artist incubation, and over 2,000 rare instruments and artifacts such as the Rolling Stones Mobile Studio and one of Elton John’s pianos.

For those who want more, the National Music Centre also offers the Backstage Pass Tour, an incredible way to experience the studios where musicians record, a variety of musical instruments from this century and many before it, and even an up close and personal look at the Rolling Stones Mobile Recording Studio, a unique setup that was used by some of the worlds most famous bands and Canadian musicians, including Dire Straits, Deep Purple, Bob Marley, Fleetwood Mac, Led Zeppelin, and Iron Maiden.

Considering the musical history of such a tour, I brought my brother along with me. He’s been a musician for as long as I’ve been around and having grown up in the Rolling Stone’s era, I knew he’d get even more out of it than me. After meeting the group we’d be joining, as well as our guide at the main entrance of NMC, we were taken through the +15, past the incredible solar piano (a must-see!), and into the adjacent building, which is home to the recently restored and historic King Eddy Hotel. Although the building is no longer a hotel, NMC has turned it into a venue for live music, seven days a week! It’s also home to one of Calgary’s best rooftop patios and is walking distance from the Calgary Stampede!

We then toured some of the recording studios, which house an incredible array of instruments, including some rare ones that can’t be found nearly anywhere else. This is where the tour becomes extra special because our guide was an incredible musician himself. In fact, he started playing the piano at the age of two! Instead of just telling us about the instruments, he actually played them for us, giving us a unique look into the history of music and how it evolved over the centuries. We both loved the experience, and for my brother, he was really transported back to an era of music he grew up.

It really was a wonderful experience to be able to see a 16th-century Trasuntino Harpsichord, the incredible “TONTO” synthesizer, the very rare Hammond Noachord (only six remaining in the world and THREE of them are in Calgary), and to learn about the King Eddy Calgary, one of the most historic music venues in the city.

As a local, I never imagined Calgary would be home to the Rolling Stones Mobile Studio, various historical and rare instruments, world-class recording studios, and Canada’s Music Hall of Fame. Yet, here it is, smack dab in a city known as Cowtown, housed inside of 226,000 custom glazed terracotta tiles (Did I mention how beautiful the building is?).

Whether you love listening to music, playing music, or just want to learn about Canada’s musical history, you really shouldn’t miss the opportunity to explore the Studio Bell Calgary’s National Music Centre. From playing instruments to learning how it affects our brain, Studio Bell offers so much to do and experience. 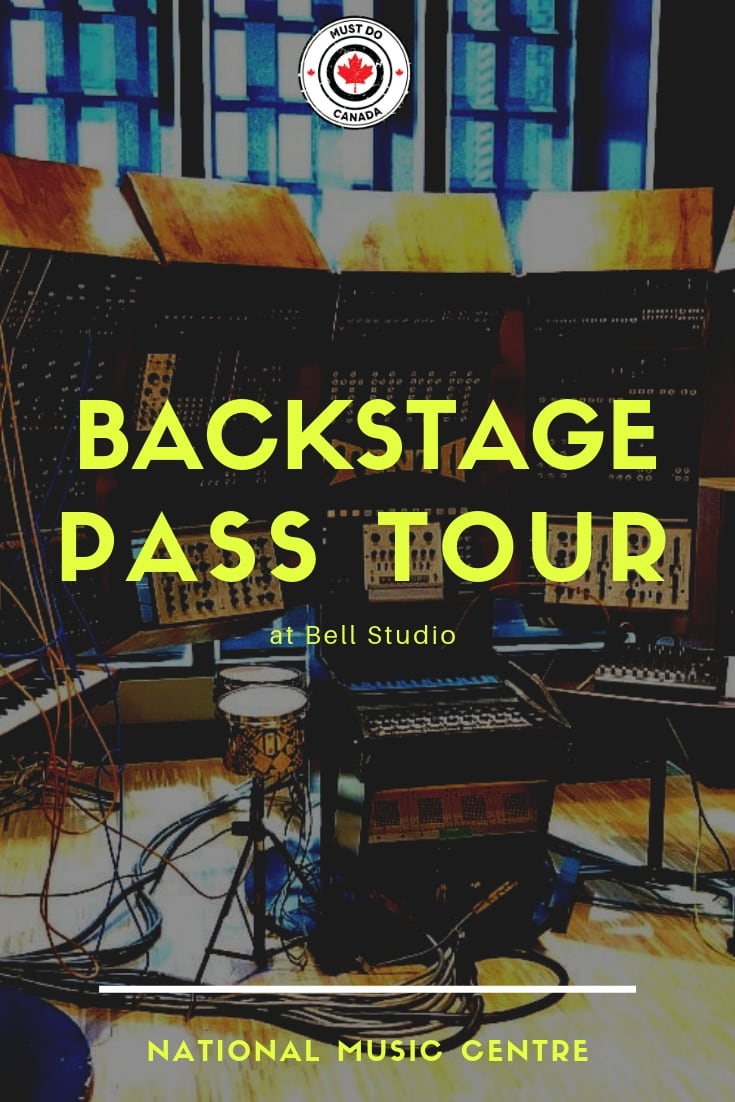