Lethbridge is a small city that’s very near to my heart. Not only is Lethbridge home to my university – the University of Lethbridge – but it’s also where my wife and I met. I met a lot of good friends in Lethbridge and lived with my best friend for a semester. I’ve since been back on many occasions, both to write about things to do in Lethbridge, and to attend my graduation.

While Lethbridge doesn’t hold the same star power as places like Calgary, Banff, and Jasper, it’s certainly a beautiful city and home to a variety of fun things to do. It’s also a great base for other things to do in Alberta and is quite unique thanks to its desert-like climate, coulees, and cactus.

END_OF_DOCUMENT_TOKEN_TO_BE_REPLACED 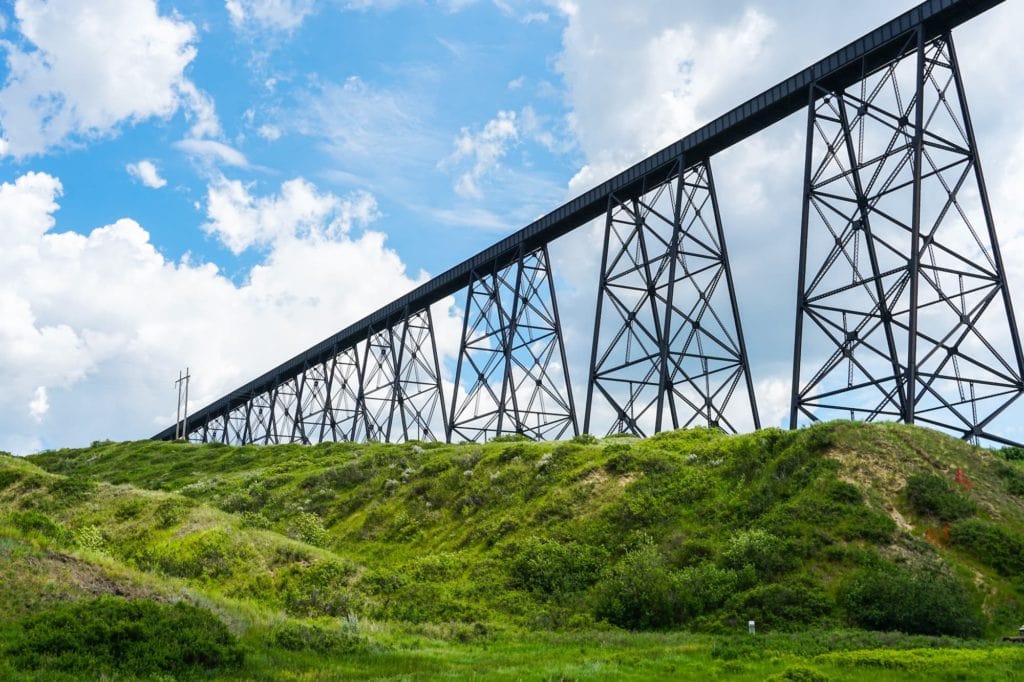 Lethbridge, a former “wild-west” whiskey-trading post, is now the third biggest city in Alberta having recently surpassed a population of 100,000. It is the commercial centre of Southern Alberta and offers a variety of things to do for those who visit. END_OF_DOCUMENT_TOKEN_TO_BE_REPLACED 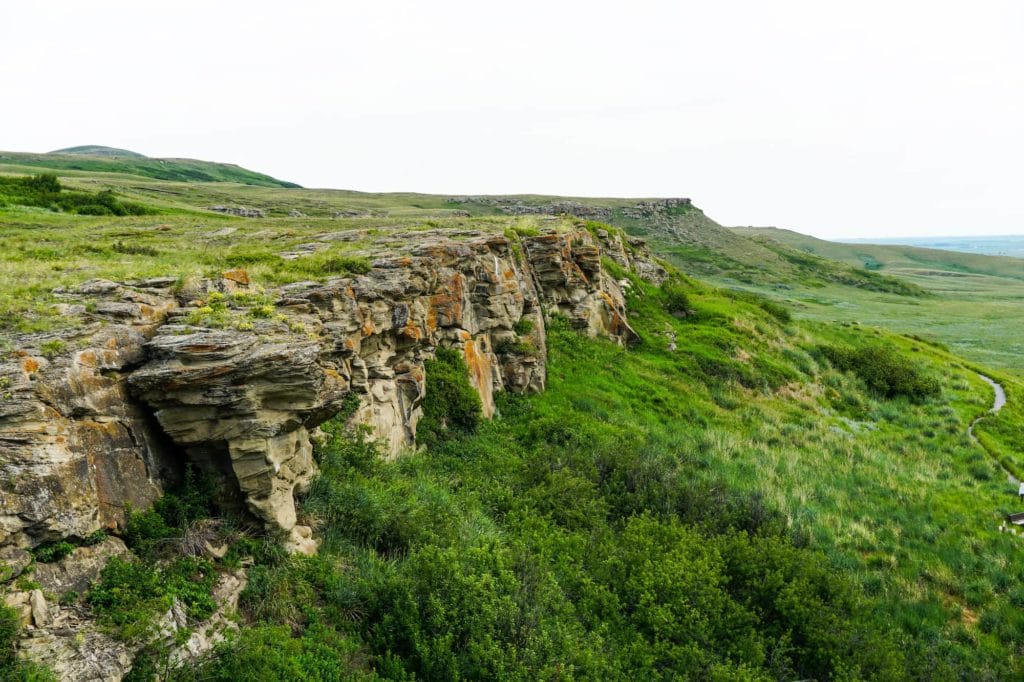 For anyone interested in First Nations culture, I can hardly think of a better place to visit than Head Smashed In Buffalo Jump. In fact, it’s so special that it’s one of Canada’s 19 UNESCO World Heritage Sites, helping to preserve more than 6,000 years of Blackfoot cultures and traditions that happened here in the North American plains.

Upon arriving at the site, it doesn’t look like much, which is actually a good thing. The amazing architect who designed the building did so by building it right into the Earth, allowing it to provide visitors with an incredible interpretative centre without taking away from the natural area around it. It’s such a great design that it won the Governor General’s award for Architecture back in 1990.

Upon entering the interpretive centre, we knew we were in good hands. Everyone was so friendly. They joked around and took pride in their heritage. The museum has a variety of artifacts and displays, as well as a wonderful movie that re-enacts the buffalo hunt, a must-see for anyone visiting the site. This will help make the jump come alive for you. Without watching the movie or taking a tour, it would just look like a cliff. You’d lose the magic that comes from knowing the history that made this into one of the world’s 1,000+ World Heritage Sites.
END_OF_DOCUMENT_TOKEN_TO_BE_REPLACED

It was pretty cool to go back to Lethbridge, Alberta and take the time to see what their nature is like. After all, I lived there for four months when I went to the University of Lethbridge and never took the time to explore the natural side of Lethbridge.

I had always admired the coulee’s, a beautiful landscape formation that looks like a series of small hills. They create a canyon-like valley, which is stunning to explore. Since the coulee area is the most scenic area in the city of Lethbridge, we focused our time there, checking out the various things to do. END_OF_DOCUMENT_TOKEN_TO_BE_REPLACED 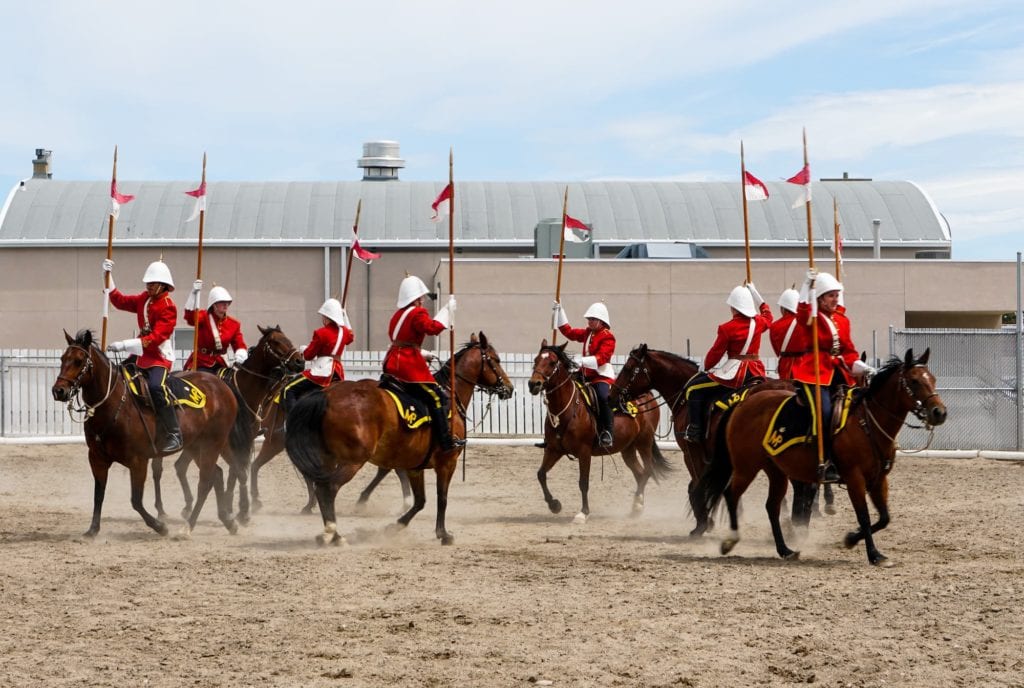 I can’t even remember how many times I’ve driven through the town of Fort Macleod, Alberta. Having gone to Lethbridge for school, and to visit friends, I’ve driven from Calgary to Lethbridge dozens of times and never took the time to stop and see what Fort Macleod had to offer. It’s a very small town and there’s this old fort I always drove by, which made me curious as to what lay behind the wooden posts. Well, I finally had the chance to check it out, and it’s really quite impressive.

The Fort, which is home to the Museum of the Northwest Mountain Police and First Nations Interpretive Centre, is situated just 30-minutes west of Lethbridge and 1.5 hours south of Calgary. For those driving from Calgary to Lethbridge, you’ll literally pass right by the main doors if you drive through Fort Macleod. For those of you interested in Alberta history, the RCMP, vintage artifacts, and/or horses, this is one place to add to your bucket list. END_OF_DOCUMENT_TOKEN_TO_BE_REPLACED 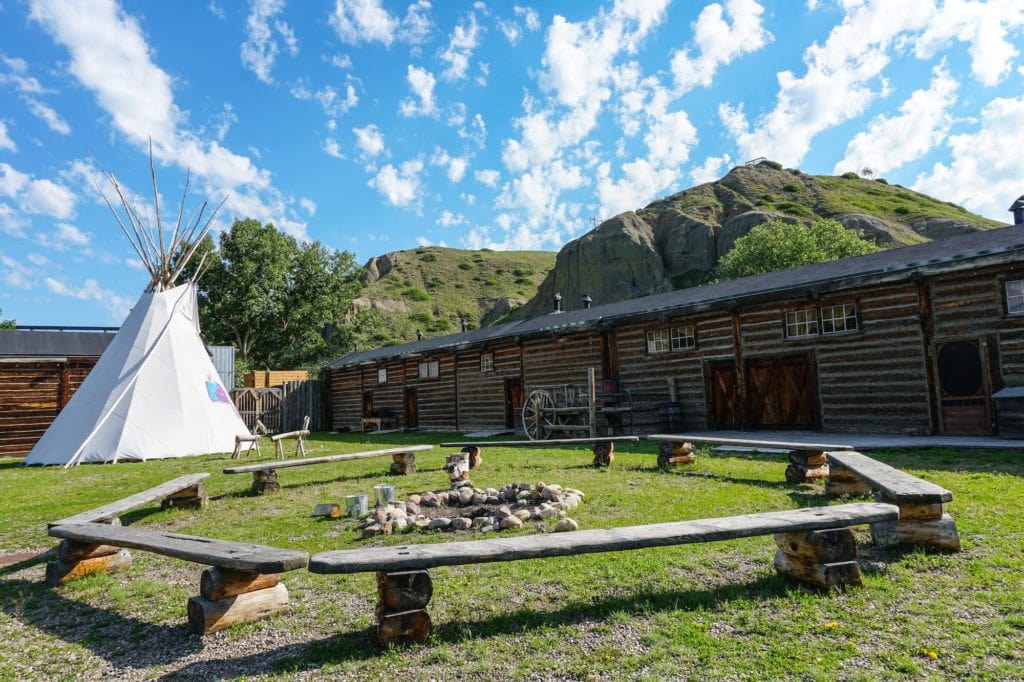 Fort Whoop-Up is a replica of an original fur trading fort built in the late 1800s, not too far away from here. It was originally called Fort Hamilton and during the late 19th century, served as a centre for a variety of trading activities, one of which was the illegal whiskey trade. Whiskey traders flourished here due to the lack of police force prior to 1874, and the high prices they could command for their goods. END_OF_DOCUMENT_TOKEN_TO_BE_REPLACED