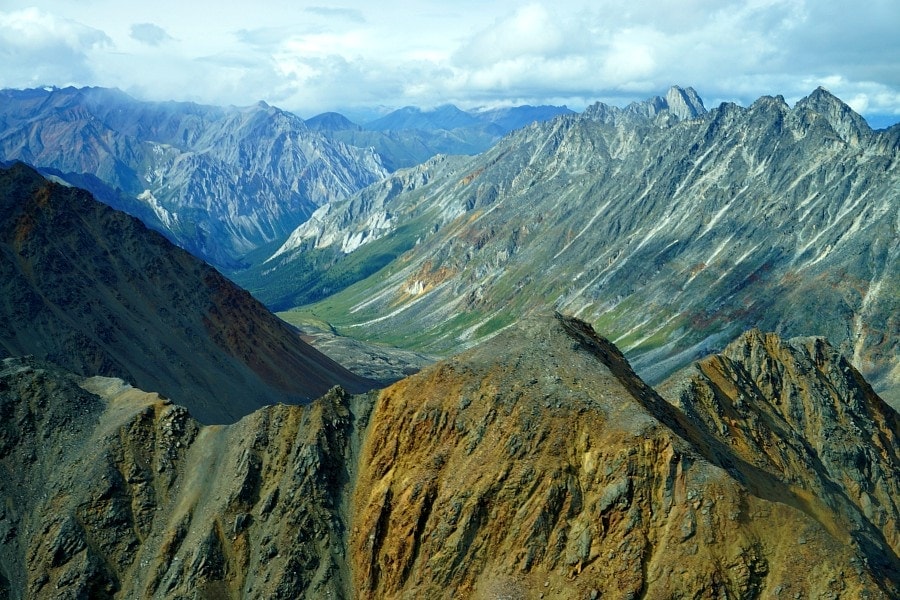 Words cannot describe the first moment we approached Nahanni National Park. Sitting aboard a floatplane, Ted Simpson, owner of Simpson Air, flew us up and over the massive, untouched park on one of his popular five-hour tours. We flew by jagged mountain peaks, numerous canyons, massive rivers, hot springs, and waterfalls. It was truly magical and had the weather been more cooperative, we could have gone even deeper.

We did land though, right next to Virginia Falls, which is twice the height of Niagara Falls. Here we met Parks Canada staff who brought us on a short hike to see the falls from different angles and to capture them with our drone. For those with more time, the trail also leads down towards the bottom portion of the river where you can witness the falls from below.

There are no roads for hundreds of miles and the only way to come in is via a multi-week canoeing expedition, or a flight-seeing tour, such as the one we were on. This is part of what makes Nahanni National Park so special. It’s virtually undisturbed. It only receives around 1,000 visitors per year, which is less than what Banff National Park gets in a single day. You have to really want to see Nahanni to make it there. You need to crave adventure. A 5-hour flight-seeing tour isn’t exactly cheap and a three-week canoe trip is even more. Then there’s the cost and time of getting to Fort Simpson as well. You have to either drive all the way to the NWT, which includes hundreds of kilometres of dirt roads or fly with a small carrier such as First Air.

But, as I mentioned, that’s what keeps Nahanni so wild and pure. It’s what keeps the area so mystical in a sense; an isolated place, such as Antarctica or the North Pole. Yet, experiencing the park is far from impossible. With an enough will and adventure, and some money to back it up, you too can experience Nahanni National Park with your own eyes, a true Canadian wilderness icon. 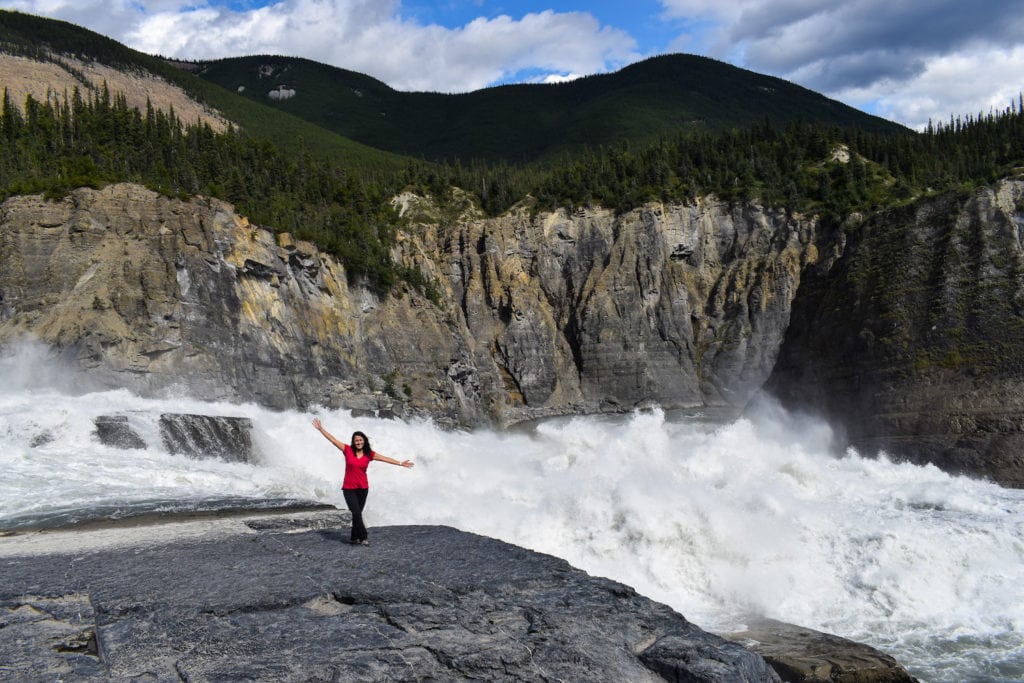 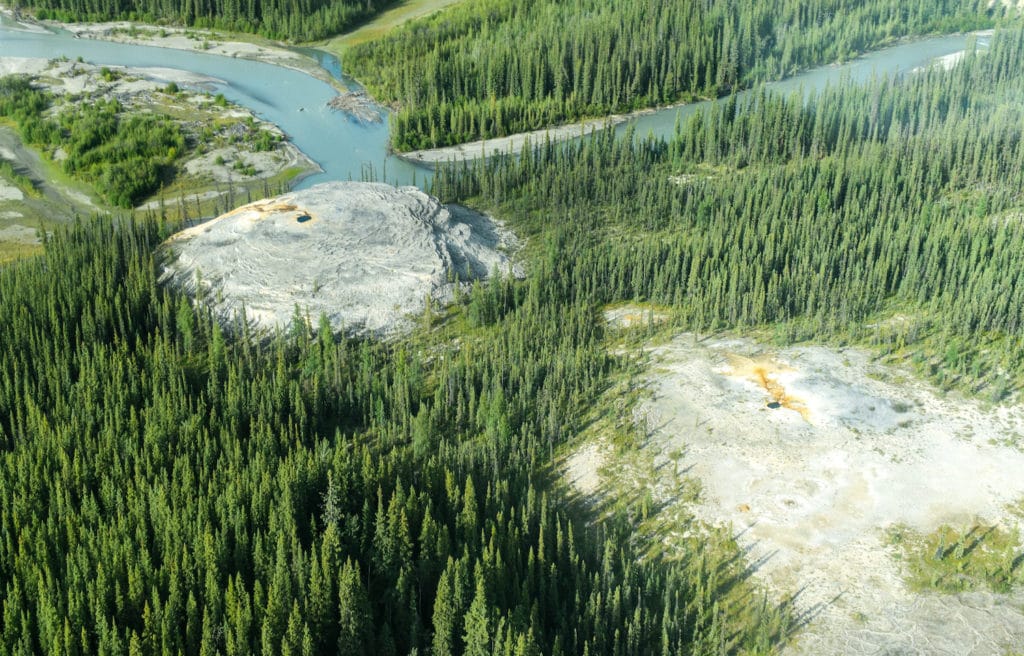 How To Get To Nahanni National Park Canada

Nahanni National Park is located in the Northwest Territories, and very close to the Yukon border. The main access point is Fort Simpson, at least for flight-seeing tours. Fort Simpson is approximately 630 kilometres from Yellowknife and 480 kilometres from Fort Nelson, BC. It is mostly a dirt road getting there, with very little services, so make sure you fill up your tank. Once in Fort Simpson, you’ll find gas stations, hotels, guesthouses, and restaurants. If you’re hiking or canoeing, you might have a different access point, so consult with companies who operate such tours.

Things To Do In The Northwest Territories Canada 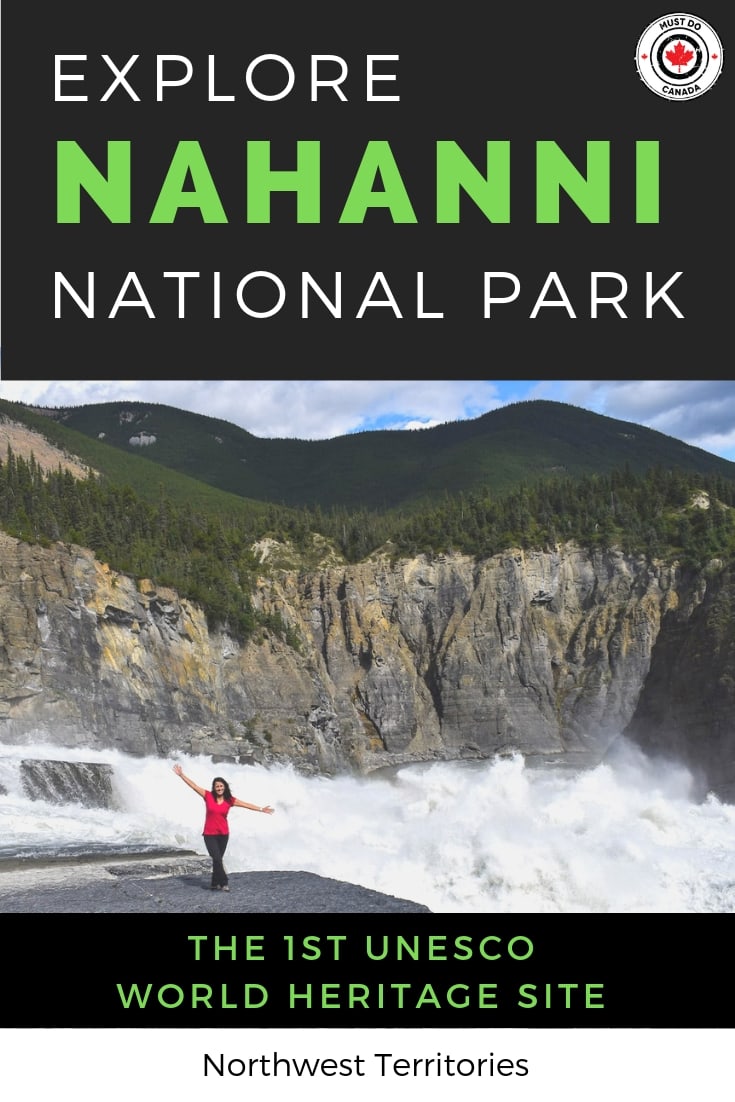