As Canada’s largest city, there are lots of things to do in Toronto in the winter months. From sledding down hills and shopping at Christmas markets to skating outdoors or visiting a world-class museum, there’s no reason to be bored during a Toronto winter.

There is reason to be cold, however. After all, this is Canada, and from December to March, temperatures are almost guaranteed to be below zero, with the lowest temperatures reaching -30. So, make sure you pack some warm clothes and dress appropriately so you can enjoy one of the many things to do in Toronto in the winter.

END_OF_DOCUMENT_TOKEN_TO_BE_REPLACED

Canada’s largest city is a great place to explore. From major league sports to world-class museums and attractions, there are loads of fun things to do in Toronto. However, sometimes we all need a road trip, and thankfully there are lots of weekend getaways from Toronto.

From world-famous destinations like Niagara Falls to cultural hotspots, rural areas, camping opportunities, and ski resorts, there are so many things to do within a five-hour radius of the big city.

Whether you’re a local looking for something new or a visitor looking for more things to do outside of Toronto, we’ve got you covered with the best weekend getaways from Canada’s largest city.

END_OF_DOCUMENT_TOKEN_TO_BE_REPLACED

As Canada’s largest city, not to mention one of the most multicultural cities on Earth, there’s no shortage of cool, interesting, and fun Toronto facts. The city has loads of history and is one of the most interesting developed cities in the world.

However, very few people, including Torontonians themselves, know much about the history, culture, and unique facts about Toronto. But that’s okay. We’re here to help!

After writing a popular guide about Canada facts, we’re here to give you the rundown on some of the coolest and most fun facts about Toronto.

END_OF_DOCUMENT_TOKEN_TO_BE_REPLACED

Things to Do in Mississauga last updated: January 18th, 2022

Mississauga is Canada’s sixth-largest city and is about 30 km from Toronto. It is situated right on the beautiful waterfront of Lake Ontario. Mississauga often gens grouped into Toronto as it is part of the GTA. In fact, Canada’s busiest airport- Toronto Pearson International Airport- is found here in Malton, a suburb of Mississauga, along with the headquarters of many Canadian and multinational corporations. It is Toronto’s ‘out-of-town’ central business district and is visited by large numbers of business travelers each year.

While downtown Toronto gets all the fame, there is plenty to see and do in Mississauga as well. It has an abundance of beautiful parks and some interesting historic neighborhoods, and the lake is great for fishing, swimming, kayaking, or yachting. There is world-class shopping throughout Mississauga and the Square One Shopping Centre is the largest shopping center in Ontario and the second largest shopping center in Canada. The Living Arts Centre showcases performances of local, national, and international artists and entertainers and intriguing art exhibits.

Continue reading to find out the top 10 things to do in Mississauga.

END_OF_DOCUMENT_TOKEN_TO_BE_REPLACED 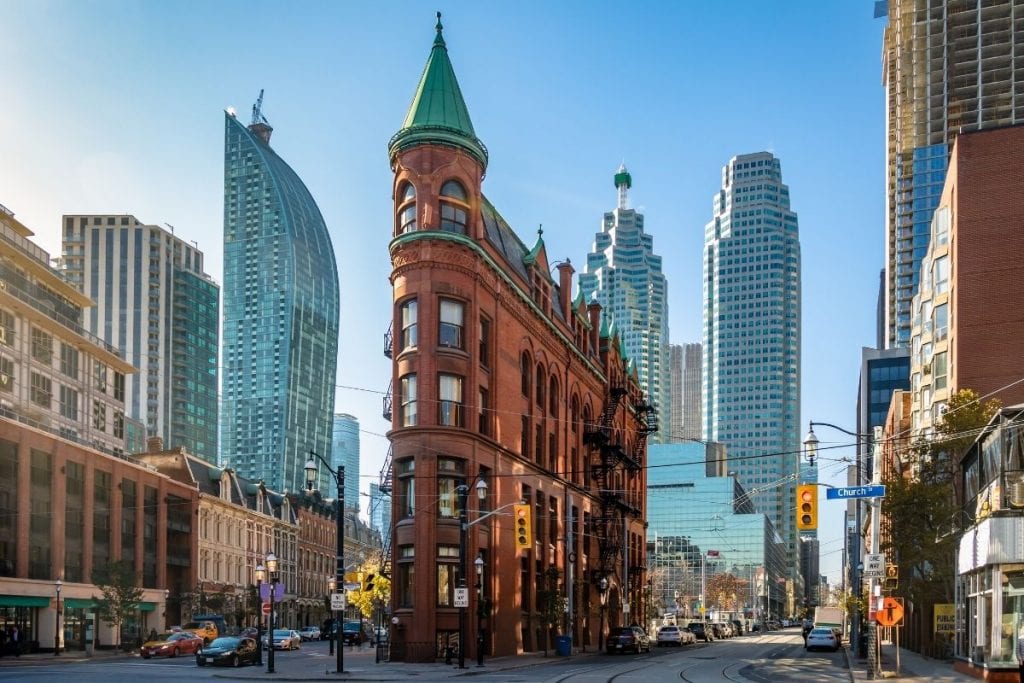 As the biggest city in Canada, there are lots of awesome things to do in Toronto as well as a plethora of accommodation options including some pretty incredible Toronto Airbnbs.

Modern, hip and very multicultural, Toronto is one of the most famous cities in North America, receiving upwards of 47 million visitors each year! Known for things like the CN Tower, Lake Ontario, the Royal Ontario Museum, and a swath of major league sports teams, it’s easy to keep busy in what the rapper Drake refers to as the 6ix.

However, because of its sheer size and an array of cool neighbourhoods, choosing where to be stay can be tough. But don’t worry, we’ve got you covered in this guide to our top picks for Toronto Airbnbs. END_OF_DOCUMENT_TOKEN_TO_BE_REPLACED 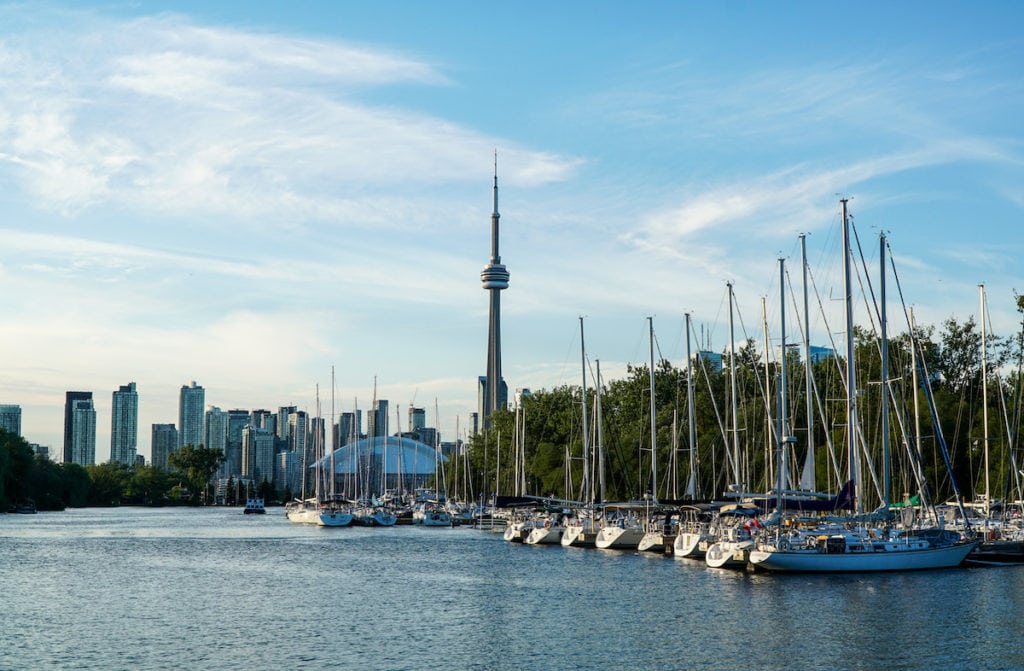 Almost everyone has heard about the city of Toronto and the beauty of Niagara Falls, but after learning about these unique, cool, and interesting facts about Ontario, you’ll know more than almost anyone about this massive Canadian province. So whether you’re looking for facts about Lake Ontario or about one of its major cities, we’ve got you covered! END_OF_DOCUMENT_TOKEN_TO_BE_REPLACED

Toronto is a city that’s travelled to by thousands of tourists each year. And it totally deserves the rep it’s gained over the years. With museums, art galleries, some of the world’s finest breweries, and excellent restaurants, you’ve got to give the capital credit.

It doesn’t stop there, though. While it’s great to spend time in Canada’s largest city, a short journey outside of Toronto will invite an incredible experience in the outdoors. With a wonderland of stunning scenery, hiking spots, vineyards, and adventures, a few surprises will await you.

While most of the destinations can be driven to, guided tours from Toronto allow you to explore the surrounding areas with ease. So, whether you’re a thrill-seeker looking for day trips in Ontario, or a laid-back traveller with a passion for road trips, we’ve got you covered! END_OF_DOCUMENT_TOKEN_TO_BE_REPLACED

Ontario is one of the biggest and most populated provinces in Canada and is home to some amazing cities, attractions, and nature. Ranging from the massive cosmopolitan city of Toronto to the scenic landscapes of Algonquin Provincial Park, there are so many things to do in Ontario. From kayaking next to loons to experiencing Canada Day on Parliament Hill, Ontario is definitely one of the most popular provinces to visit in Canada.

Whether you’re visiting in the summer or in the winter, looking to do one of the many Ontario road trips, or looking for the best activities and attractions for your next trip to Ontario, we’ve got you covered in this extensive guide to the best things to do in Ontario.

END_OF_DOCUMENT_TOKEN_TO_BE_REPLACED

Things to Do in Toronto last updated: September 20th, 2022

As Canada’s biggest city, there’s no shortage of things to do in Toronto, Ontario. Whether you’re looking for world-class museums, fun attractions, lively neighbourhoods, or major league sports, Toronto truly has something for everyone. It’s also one of the most multicultural cities in the world, which makes it a great place to experience a wide variety of cultures and food.

So, what we’re going to do is list out what we feel are the best things to do in Toronto as well as the best places to visit, especially if you’re new to the city. It’s unlikely you’d get through everything here on your first visit unless you’re staying for quite some time. Regardless of what you do, you’re bound to have a great time in Ontario’s capital.

END_OF_DOCUMENT_TOKEN_TO_BE_REPLACED

When it comes to Canadian cities, Toronto is certainly the most famous. As Canada’s most populated metropolitan area, Toronto is home to soaring skyscrapers, the iconic CN Tower, and many famous sports teams including the Toronto Maple Leafs, the Toronto Raptors, and the Toronto Blue Jays. It’s also the most multicultural city on Earth and one of the safest in North America. As you can imagine, there’s plenty of things to do in Toronto for tourists wishing to experience Canada’s biggest city and plenty of ways to save money as well, such as using CityPASS, which I’ll talk about below. END_OF_DOCUMENT_TOKEN_TO_BE_REPLACED