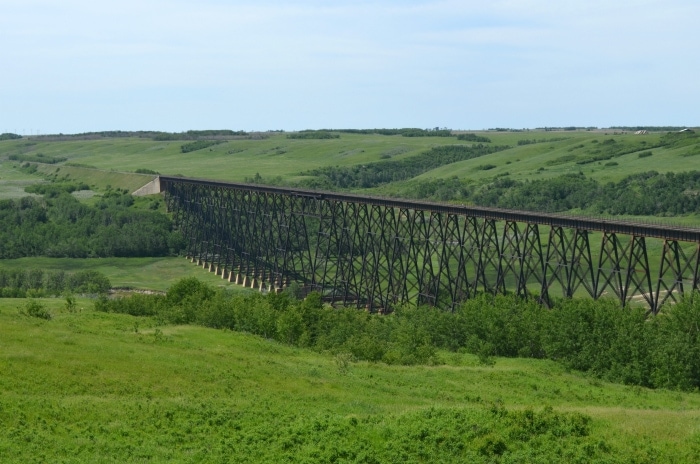 Wainwright is not normally a town I’d pass through. Situated in east-central Alberta, it’s quite far from the typical star attractions such as Banff National Park, Jasper, and Calgary. However, in the last few years, I’ve acted in a couple of live military role-play training exercises, which just so happen to be at the Wainwright military base. Since I was going to be in the area anyway, I thought I’d take the opportunity to explore the town deeper and to really experience a piece of small-town Alberta.

Normally I research, plan and book my trips myself but this time I decided to contact the town of Wainwright who put me in touch with the Buffalo National Park Foundation. This lead me to Nichole Leitheiser, the executive director of the foundation, who graciously offered to show my wife and I around. This worked out great because when it comes to small towns, it’s often the people who make the place special.

Wainwright’s population sits at a light 6,000 (approximately) and being a small town, there obviously isn’t as much to see as there would be in a major city. However, due to Wainwright’s historic past, there are a number of old heritage buildings such as the post office, the provincial building, and the old Wainwright hotel, which make walking downtown a true delight. In fact, the Wainwright hotel, which is historically designated, is now being turned into the new Buffalo Park Interpretive Centre as a way to preserve the building, provide education on a variety of topics, and to boost tourism. Having seen the plans, I can tell you that it’s going to be beautiful once restored. Plus, right in front of the old hotel lies the Wainwright Clock Tower, an important and beautiful landmark for the town.

The old train station is another highlight. This historic building now houses the Wainwright museum and features photos, movies, and collections related to the buffalo that once made the town famous as well as military collections from WW II and the internment camp. It also honours the heritage of the founding pioneer families, and records the influence of the railway in the development of the Wainwright district. It doesn’t take long to go through the museum but if you’re into this sort of history, you should pay a visit. 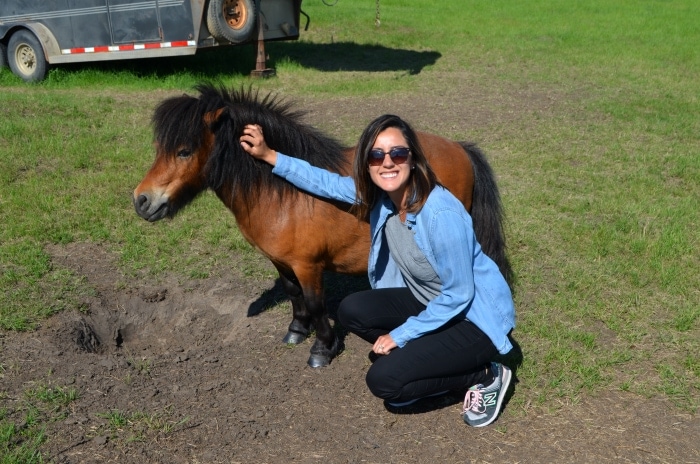 After exploring the museum, Nichole brought us to Stampede Park to see where Canada’s third-largest stampede is performed. Held in late June, the stampede provides a range of entertainment including a rodeo, chuckwagon races, a midway, parade and a cabaret. Unfortunately, we weren’t there for the stampede itself (we were a couple of weeks early) but we did get to some of the work that goes into it.

Another famous image of Wainwright is the old Fabyan Trestle Bridge that was built by Grand Trunk Pacific railway in 1907. Although it’s no longer the biggest (the Viaduct in Lethbridge holds that title now), it’s still a remarkable work of architecture and is one of the most famous lookout points in the area. It’s also a very active train bridge so if you can time it right, you’ll not only get the stunning view but you’ll be able to see trains crossing it. 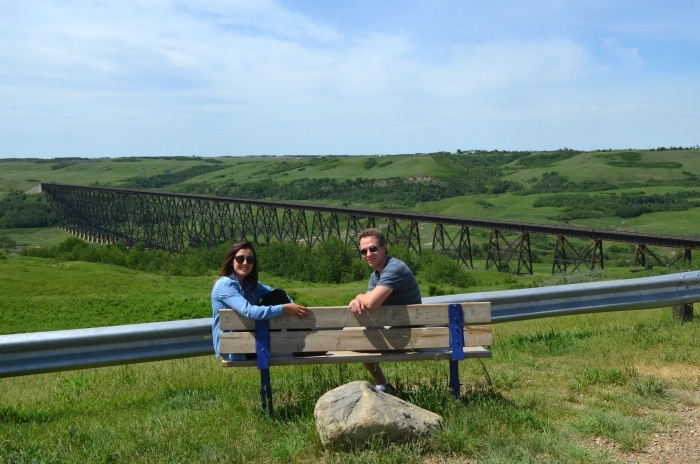 Diving into Wainwright’s Past

Have you ever explored a town or a city and wondered how it became what it is? Wainwright’s history is very interesting. So interesting in fact that the Queen once paid a visit.

Wainwright got its start thanks to the railroad. The Grand Trunk Pacific Railway (now CNR) arrived in 1908 and established the town. This helped Wainwright establish its position as a railroad center and become the major service center for the surrounding agriculture industry.

Around the same time, the Canadian Government created the original Buffalo National Park on 160 square miles of land immediately south of Town as a way to help the endangered bison. This national park gave great attention to the town and became a hot tourism spot. Unfortunately, the herd grew so big that some had to be sold or slaughtered. Eventually, the animals were removed and the Department of National Defence (DND) took over. By that time over 39,000 head of bison were produced in the park.

Now, the park is now home to the Canadian Army, which is not only one of the major employers in town but also one of the leading military training facilities in Canada. In 1945-46, the Camp was also used as a prisoner of war facility where over 1,000 German Officers were interned. You’ll learn more about this by visiting the Wainwright museum, as mentioned above.

And of course, like most of Alberta, oil and gas was also discovered, which has been a very important industry for the last hundred years. 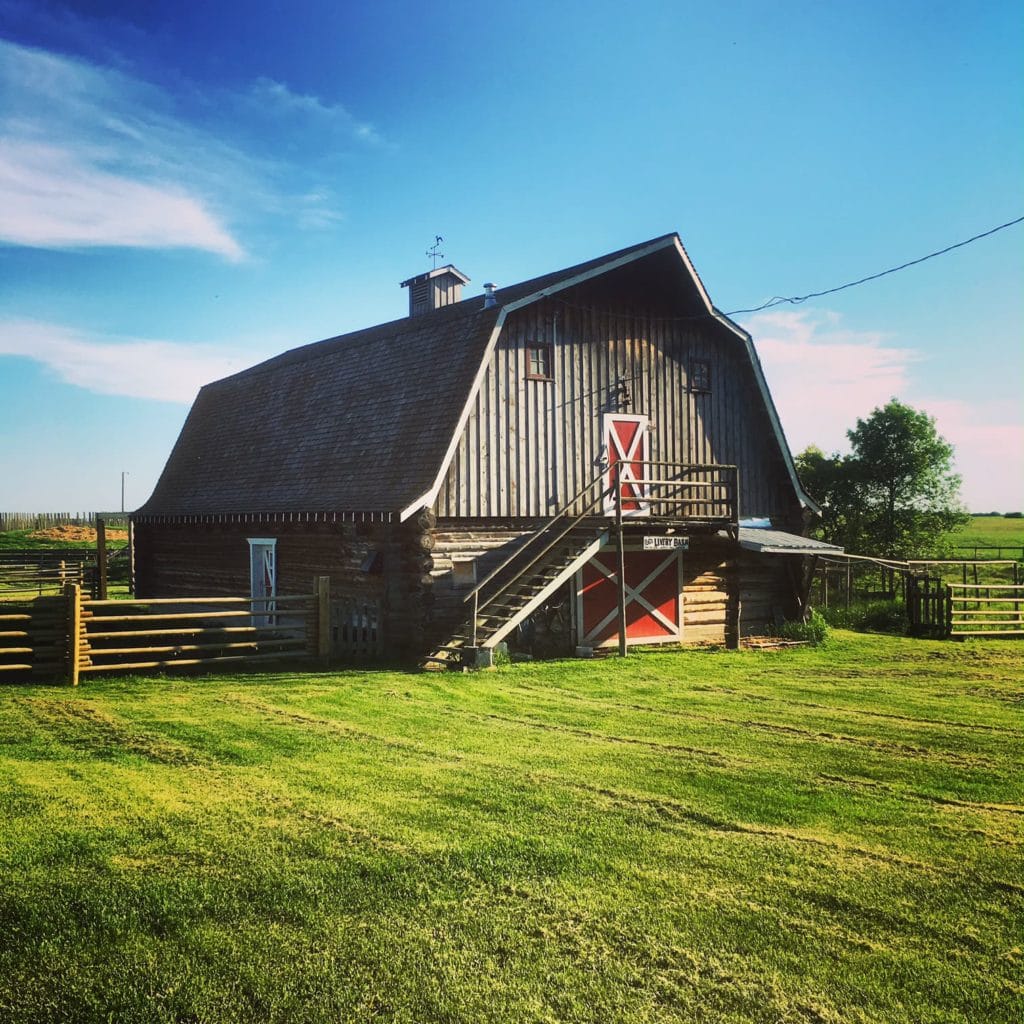 Where to Stay in Wainwright

Personally, I love when accommodation actually adds to the experience and this is exactly what happened by staying a couple of nights at Brower’s bed and breakfast. Located on a farm just five minutes northwest of Wainwright, Brower’s is the perfect place to experience small-town Alberta’s “western” culture. Not only will you have the peace and comfort of quiet farmland instead of traffic noise in town but you’ll also get to meet Keith and Aileen, the lovely owners. Actually, Keith is heavily involved with the town and is a wealth of information on its history. 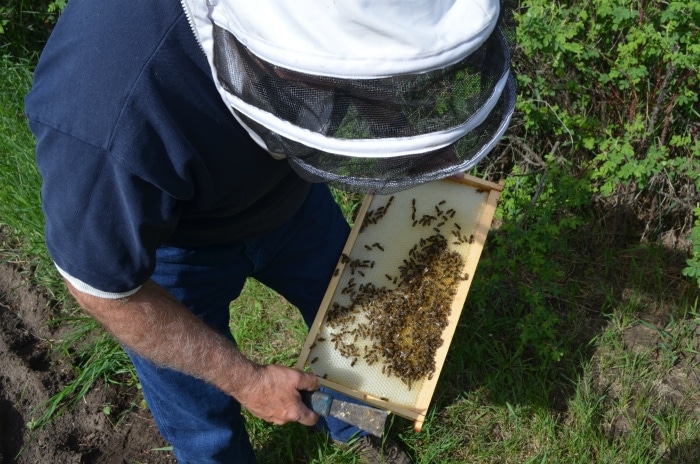 One of our highlights was experiencing the bee farm. Keith has over 400 beehives and one morning we got suited up and walked to the closest one where Keith opened it up and educated us on how a beehive works. I had never been a foot away from 60,000 bees before but amidst all the activity, he still managed to find the Queen bee. They are truly incredible creatures. A little piece of beehive broke off, which he gave to us as a souvenir. Doesn’t it look like a buffalo? (see pic below). 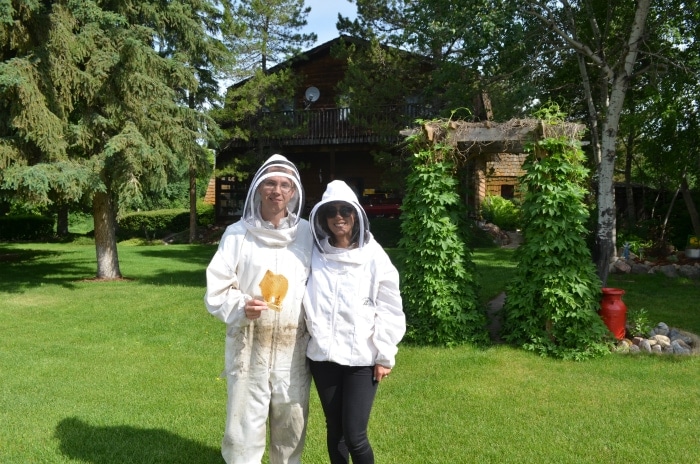 Another highlight was the delicious homemade breakfasts served each morning. Pancakes stamped with the Brower brand, homemade rhubarb muffins (the rhubarb was literally picked fresh in the morning), homemade jams, crispy bacon, fresh coffee, and yogurt made us eager to wake up. 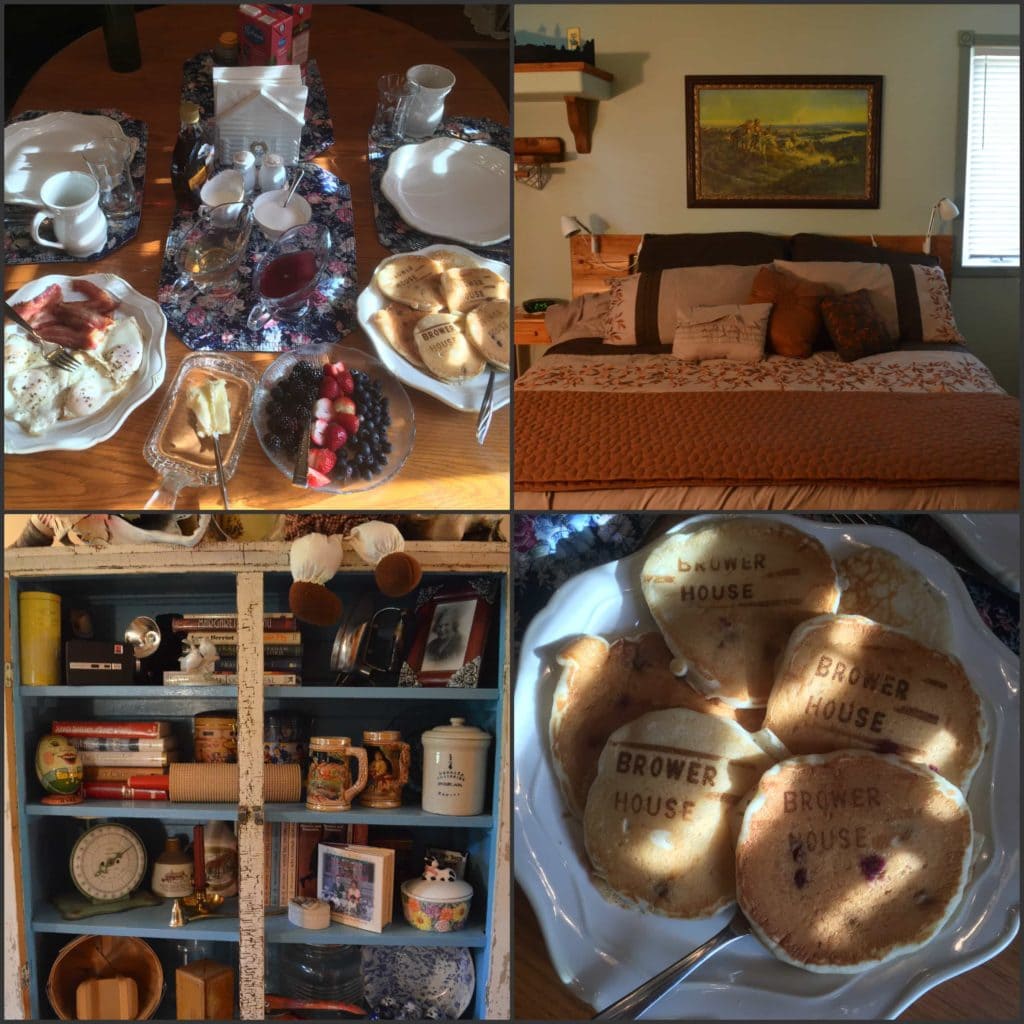 The B&B is technically a part of the house but completely separate and private. The house is loaded with antiques and art and there are two rooms available; one with a queen bed and one with a king bed.

I really can’t recommend Brower’s B&B enough. Not only will Keith and Aileen be able to provide you with valuable insight and history into the town but it’s a unique chance to experience the western flare of Alberta. 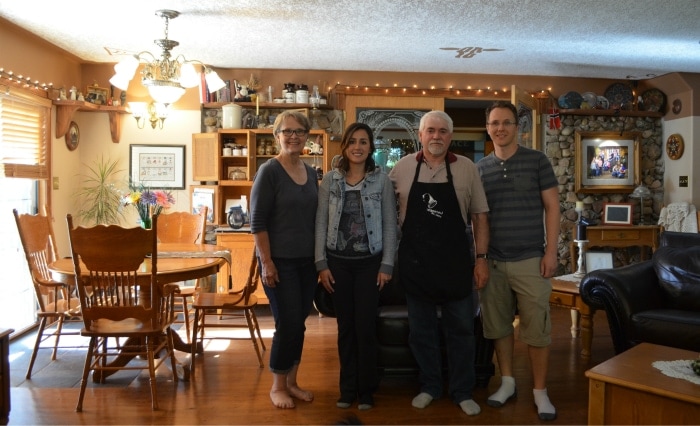 Other Things to Do in Wainwright

With only two nights and one full day, we didn’t get to see everything Wainwright has to offer. There are a few other things to do as well including;

Considering the importance of oil and gas to the Alberta economy, you’ll not only get to experience an important part of Wainwright’s history but also of the province. You’ll also get to see one of Alberta’s first pump jacks.

The Wainwright Railway Preservation Society collects and preserves artifacts reflecting the history of Canadian National Railways and its predecessor, the Grand Trunk Pacific Railway. You’ll get to see antique railcars and see how Canadian settlers traveled.

Click here for more information on things to do in Wainwright.

We didn’t have a long time in Wainwright but it was a great visit. We got to meet some interesting locals such as Keith and Nichole as well as learn about the history of a place like Buffalo National Park. We got to experience a slice of the farm life and take photos of one of the most impressive train bridges in the country.

If you’re ever passing through on a Western prairie road trip, looking to explore beautiful small towns or wanting to experience Canada’s third-biggest stampede, make sure you visit Wainwright, Alberta!

If you’re looking for more information on visiting the town, please call Nichole at the Buffalo National Park Foundation. You can reach her at 780-842-9247 or visit www.buffaloparkcentre.ca.

If you want to experience the farm life, eat an incredible breakfast, meet some unique locals, and have a very peaceful sleep, contact Brower’s B&B at 780-842-3658.

All pictures were taken by me. For more photos from around the world, follow me on Instagram at www.Instagram.com/MatthewGBailey . 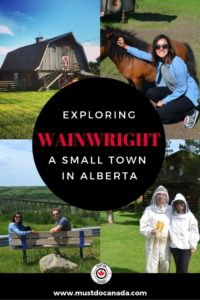