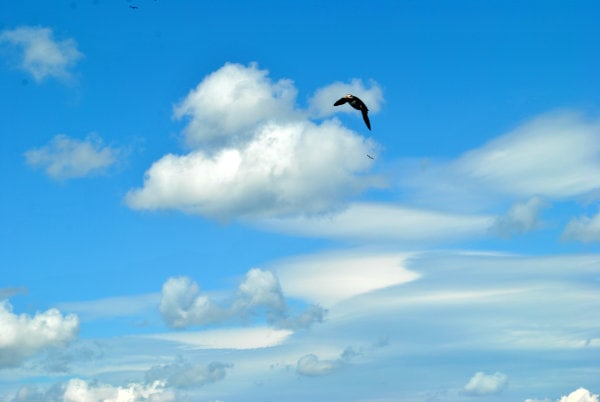 A trip to Newfoundland just isn’t complete without a look at the famous Puffin. Small funny-looking birds with bright-coloured beaks like a parrot can be found in many windy seaside areas of Newfoundland. They are simply awesome to watch and cute of course.

Puffins are also very interesting. They feed by diving into the water (up to 60m I was told) and are better swimmers than they are flyers. They’re nests consist of burrowing a hole into the soil and they even go as far as to have two separate rooms; one for resting and one for pooping. Although they don’t fly extremely well, they can flap their wings up to 400 times per minute and they stay in windier areas where it can assist them in flight. Smart.

We saw thousands of them on a whale-watching tour we took with Mullowney’s Puffin and Whale Tours. Located in Bay Bulls, just 30 minutes from the famous city of St.Johns, Mullowney’s is a small outfit with a lot of charm and a great track record with their customers. We love supporting companies like this and we’re thrilled to hit the seas with them. 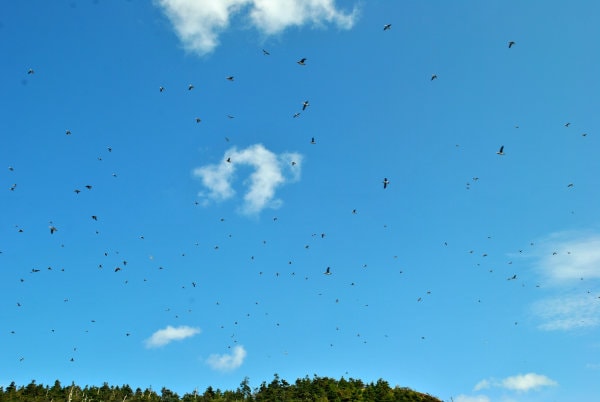 I knew we would see some puffins but I never imagined that there would be thousands. I also didn’t know we’d be visiting an island the puffins call home. Thousands of little burrows can be seen all over the place as puffins come in and out of their home looking for food. They also have to watch for the bigger birds in the area, which prey on them and their eggs.

Even though we had seen plenty of Humpback whales a few weeks earlier in Tadoussac, Quebec, we were really hoping to see more on this trip, despite the fact that whale season was already over by the time we got there in mid-August. We crossed our fingers though. 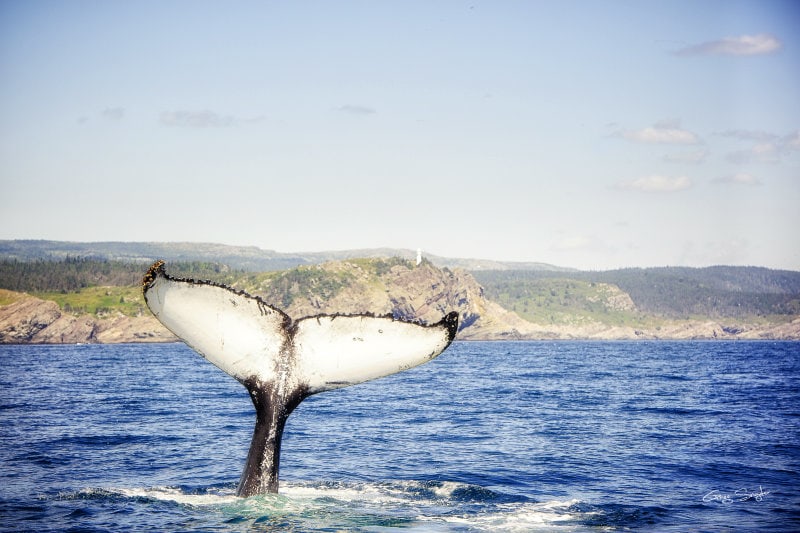 It turns out crossing our fingers must have worked because just an hour or so later, we heard people cheering. We looked around us and sure enough, we saw a Humpback whale in the distance. After it went back down, the boat headed over in its direction. The boat became so silent as we all strained our eyes in search of the big animal. None of us could find it. We knew it had to come up for air at some point but this one was obviously a skilled diver.

We waited and waited. I was on the upper deck but peering off the left side. Just when my mind was getting ready to drift, the whale appeared right in front of my eyes. PFFFFF! The whale blew out water as it took in more air. It was so close! Just seven or eight feet away. AMAZING. I had never seen a whale so close before. Any closer, he would have hit the boat. 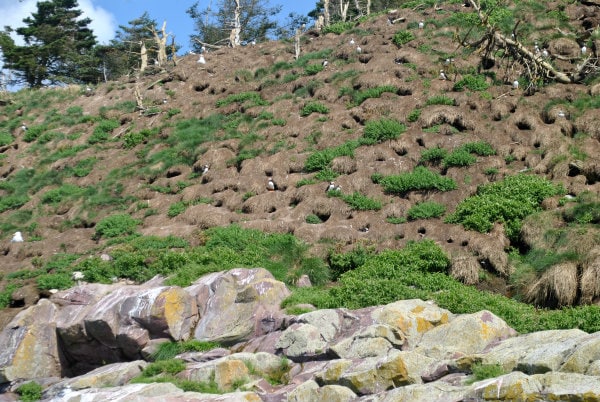 It was absolutely incredible. His tail came out and splashed back into the water. I could even see the barnacles on his skin.

Simply Incredible. One of those moments you never forget. It was truly magical to see such a massive creature that close. 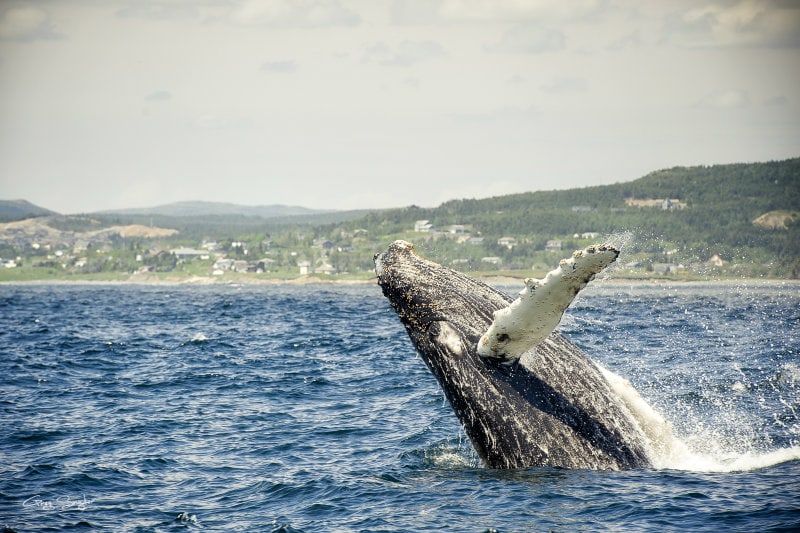 As we headed back to land, our tour guide sang us an old-fashioned traditional Newfy song. A fitting touch for the occasion.

What a marvelous day. Humpback whales, Puffins and a song at sea. What more could one ask for?

Disclaimer: The whale pictures above were taken on a different trip by a professional photographer. The picture of the tail coming out of the water was similar to what I saw, except it was MUCH closer to the boat. Incredible. Unfortunately, I missed taking a picture. 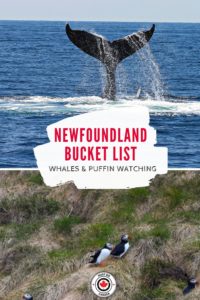 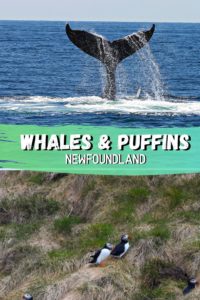