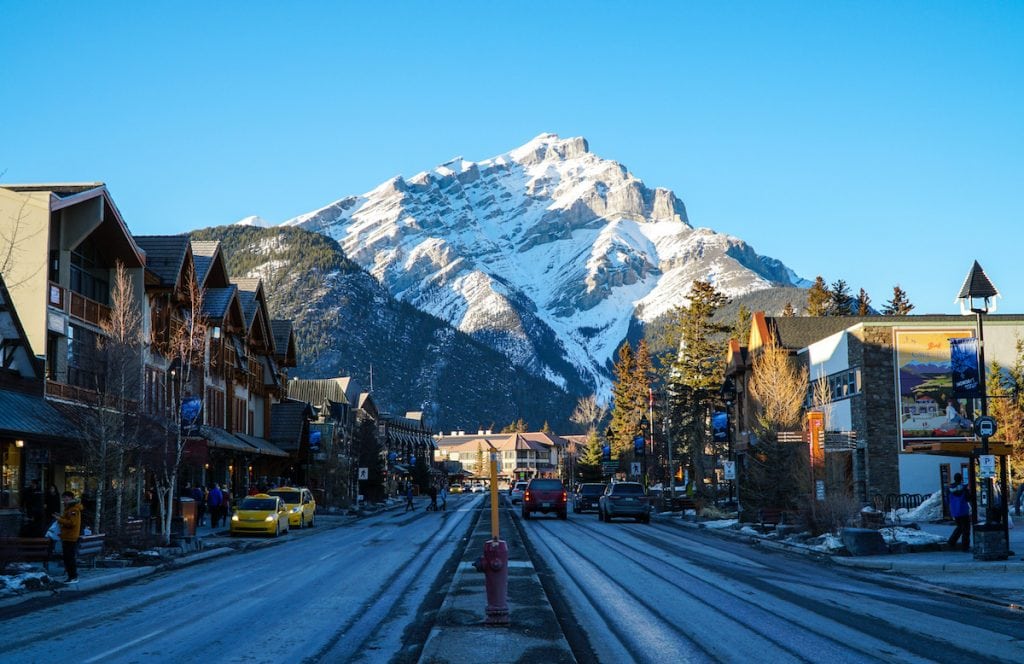 As Calgarians, we drive to Banff a lot. After all, it’s one of the most beautiful places on Earth and it’s only 1.5 hours away! Banff is the main town within Banff National Park, Canada’s first, largest, and most visited National Park. For anyone travelling to this side of Canada, Banff and the Canadian Rockies, in general, are an absolute Must-Do!

There are so many things to do in Banff. Whether you’re interested in hiking, biking, skiing, snowboarding, snowshoeing, fishing, scenic road trips, restaurants, nightlife, shopping, or general sightseeing tours, Banff has something for everyone. While we certainly recommend spending some time to experience some of the incredible things to do in Calgary as well, the goal of many visitors is to make it out to this natural gem.

However, you might be wondering how to go from Calgary to Banff. In this article, we’re going to share with you all the different ways you can make it out to Banff, Canmore, and beyond.

As is the case with all national parks in Canada, you will need a pass in order to enter. Daily passes expire at 4 pm the following day. However, depending on the amount of time you have, a yearly pass is a much better value.

You’ll find the park gates just after the town of Canmore on the Trans-Canada Highway west of Calgary. If you’d rather purchase in advance, you can also purchase them online at the Parks Canada website.

The current daily fees are:

If you’re spending one week or more exploring national parks anywhere in the country, you are better off purchasing a one-year Discovery Pass. These are an incredible value. For one small fee, you can enjoy all national parks and historic sites across Canada for an entire year.

The prices for the Discovery Pass are:

How to Get from Calgary to Banff

There are a variety of ways to make your way to Banff, including renting a car, jumping in a rideshare, taking the bus, or finding private transportation. There is no train between Banff and Calgary.

Driving from Calgary to Banff by Car

The best way to travel to Banff and beyond is by renting a car. There’s so much area to explore and having the flexibility of a vehicle will make your experience much better. Canada is also a great place to drive with lots of space and a very orderly highway system.

However, if you’re visiting in the winter, the conditions can be dangerous for those with no experience. Generally speaking, the highways are well-maintained, but due to freezing temperatures and snow, the highways can be very slippery. Accidents do happen and the highway can even be shut down from time to time. Learn more about Alberta’s road laws and driving guidelines. In addition, check current road reports before you leave.

From Calgary’s International Airport, Banff is very easy to reach. You’d simply join up with the Trans-Canada Highway and head west. From there, you can’t miss it. I’d recommend downloading Google Maps or another mapping system and using that during your trip.

There’s plenty of options for renting a car at the airport, as well as in the city itself. We typically book rental cars via Expedia or Rentalcars.com and go for the cheapest rate. From what we’ve seen, all the rental car companies are more-or-less the same, so I’d just select the type of vehicle you want and go for the one that costs the least. Just make sure it has unlimited kilometres, which they usually do.

Driving from Calgary to Banff by RV

Basically, this is the same as doing it by car except with your own mobile bed! Loads of people rent RV’s in Canada and drive them to Banff or other parts of the country. There are many RV rental companies in Calgary but there also other options such as renting a campervan (much smaller and easier to handle), as well as renting someone else’s RV (similar to Airbnb). Here are some options below:

Calgary to Banff with the Bus

If you’re not up for the drive or just don’t want the hassle, you can sit back and relax aboard a bus, enjoying the scenery without having to worry about driving conditions, insurance, and where to park. There are a variety of ways to get to Banff from Calgary via bus;

Calgary to Banff by Private Transfer or Rideshare

Although private transfers are generally the most expensive of options for getting from Calgary to Banff, people do use them for maximum convenience. However, there is now the option of rideshare as well, which can be as cheap or even cheaper than a bus.

Things to Do from Calgary to Banff

As one of Canada’s top cities, there are loads of things to do in Calgary. If you have time, we highly recommend spending a couple of days and exploring the cleanest city in the world (Is that cool?). However, there’s also a lot of things you can do on the way to Banff, depending on how much time you have and what your interests are.

Here are some of our favourites:

Things To Do in Banff

Once you’ve made it to Banff, you’ll be blown away by the array of things you can do. From world-class restaurants to world-class ski resorts and everything in between, everyone loves this mountain town. For the ultimate list of what to do in Banff including where to eat and where to stay, check out our Things To Do in Banff travel guide.

Exploring More of Canada? Check out these other articles below: 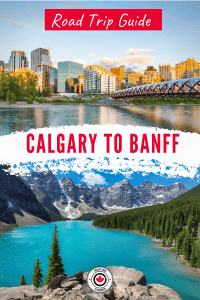