If you haven’t heard yet, my team and I are producing Canada’s Road to 150, which is one of the biggest #Canada150 campaigns of the year. The Road to 150 is a 150-day nationwide multimedia road trip celebrating Canada’s 150th birthday by exploring the uniqueness of this country provincially and collectively while answering the question; What makes Canada special?

We will drive to and through every province and territory (except Nunavut as there are no roads), showcasing Canada’s natural beauty and regional attractions while interviewing Canadians of all cultures and backgrounds. Our aim is to dig deep into what makes Canada such an incredibly inspiring country while showing off the best of Canada’s tourism to Canadians and to the world.

It has taken an insane amount of work to pull this off. It didn’t help that the idea came to me just after Christmas either as I had just missed the deadline for #Canada150 grants. However, after emailing over 200 companies to find a suitable sponsor for the campaign, Best Western decided to support us. Best Western is the perfect sponsor for a campaign like this, as they have hotels all across the country and all across the world. For anyone going on a road trip, they’re conveniently located in almost every province and territory in Canada. Without Best Western, this campaign wouldn’t have happened. 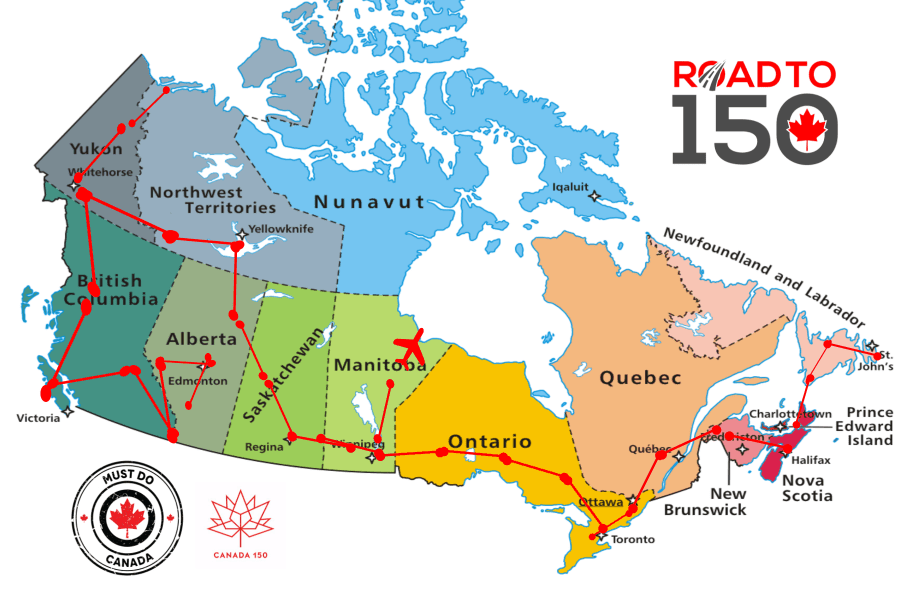 We’re also working with hundreds of smaller tourism companies and tourism boards across Canada to help fund some of the incredible attractions along the way as well as accommodation and food. For a website that’s all about the best of Canada, Must Do Canada is the perfect host for a 150-day Canadian road trip.

In addition, Karla and I have enlisted the help and expertise of pro filmmaker Justin Brunelle. We met Justin during a military exercise in Northern Alberta (we were actors assisting in a live role-play training exercise) and learned that he was transitioning into adventure filmmaking. As soon as I thought about making a web series across the country, Justin came to mind. Luckily, he was as excited to do this as we were. After filming a pilot episode back in January and participating in a lot of Skype calls, we’ll all be meeting in St. Johns, Newfoundland on May 13th to kickstart the Road to 150 on May 15th!

Starting from the furthest Easterly point in Canada, we’ll then move West experiencing some of the best things to do in Canada. We’ll also stop in Ottawa for Canada Day and then proceed to Winnipeg, where we’ll be taking a flight to Churchill to see Polar bears and to swim with Beluga whales. Afterward, we’ll continue West through the prairies and up to the NorthWest Territories and the Yukon to see the Northern Lights and hopefully dip our toes in the Arctic Ocean. Once that adventure is finished, we’ll drive down through British Columbia and in through the Canadian Rockies of Alberta and finish the trip on October 11th in Calgary, Alberta.

It’s going to be an incredible experience and we can’t wait to share it with you. We’re going to be sharing live video, edited highlight reels, written articles, stunning photography, and a lot of social media interaction for the entire journey. We’ll also be hosting a couple parties and doing some giveaways for you to potentially come join us for some adventures. In addition, we’d love for you to get involved! Whether you want to join a party or simply tell us where we should go and what we should eat in your home city, make sure to connect with us on social media.

Here are some steps to learn more about the Road to 150 and to connect with us:

We look forward to connecting with you and exploring what makes Canada the great nation that it is.

For more information, to sponsor, or for media requests, contact matt (at) mustdocanada (dot) com. 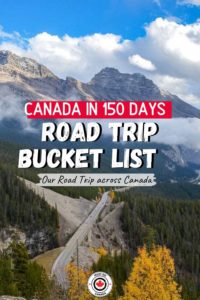 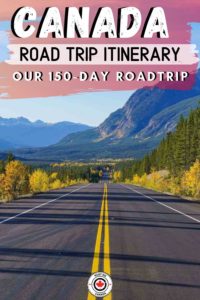