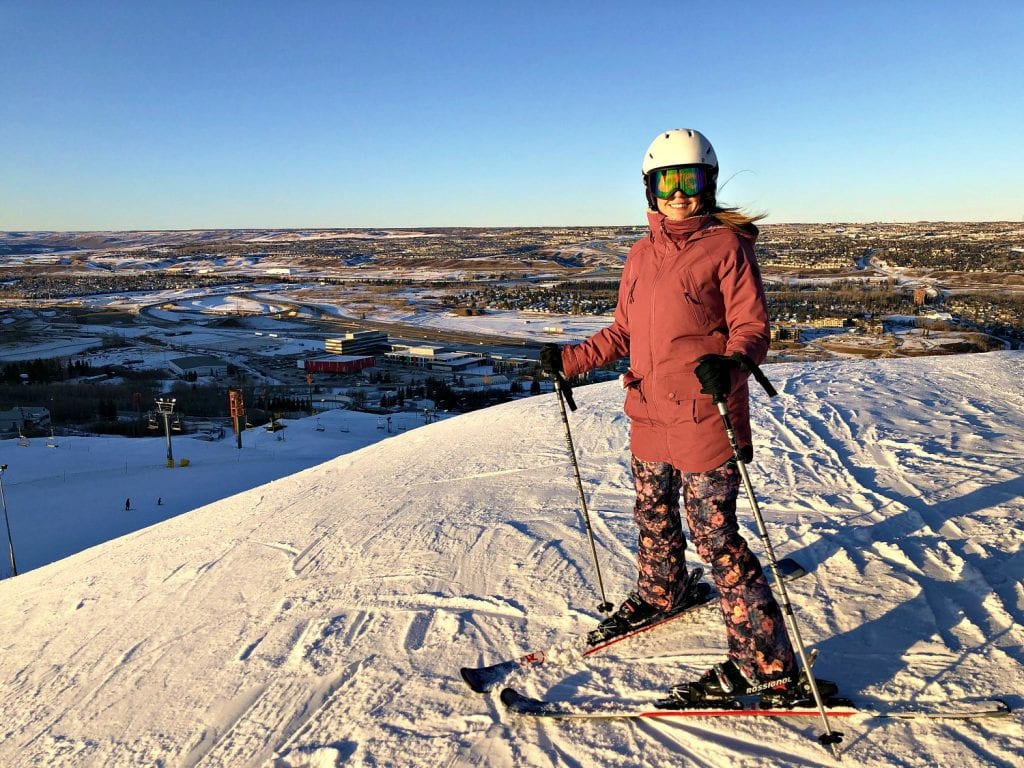 For those seeking the snow, Calgary is a great location for skiers and snowboarders alike. Whether you want to learn how to ski within the city or head out to some of the best ski resorts in the entire world, Calgary is the place to be. 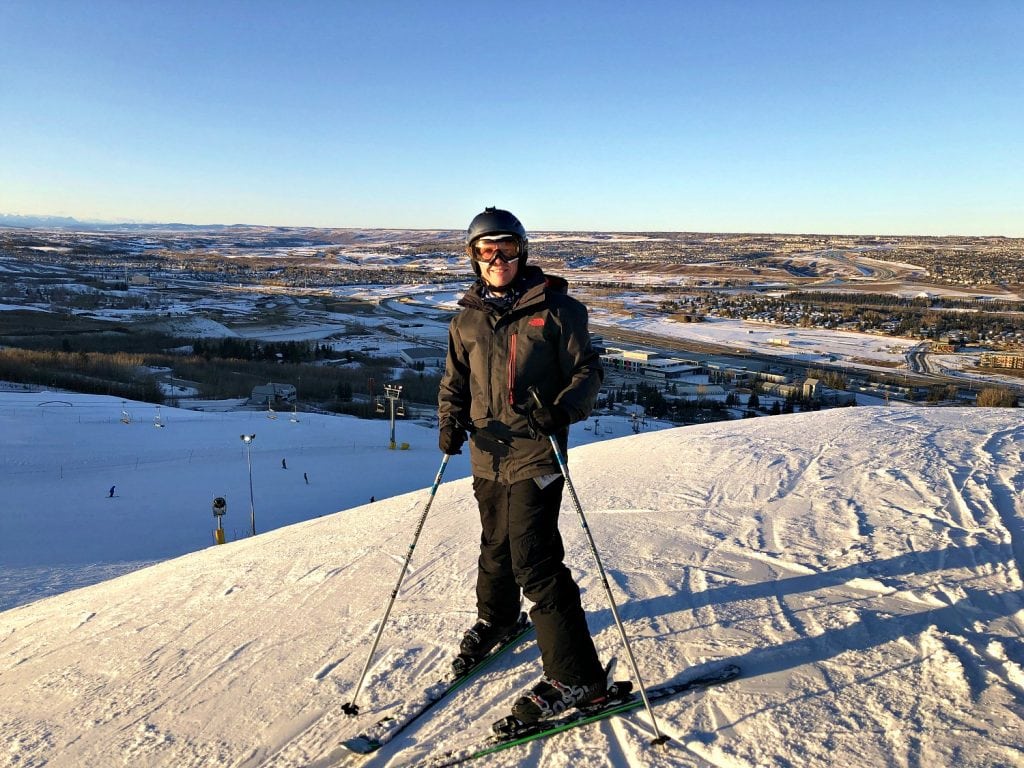 One of the great things about Calgary is that you don’t have to leave the city to go skiing. All you have to do is head to WinSport (formerly known as Canada Olympic Park), which is home to all the winter fun you can handle. First and foremost, it’s a great place to learn how to ski. Rather than go to the mountains and spend a fortune just to spend most of your time on the bunny hill, you can head to WinSport and learn how to ski without leaving the city. It’s also home to an incredible terrain park, making it an amazing spot for winter thrill-seekers or those looking to realize their dreams of going to the Olympics. However, even if you don’t want to go skiing, you can still have fun in the winter. WinSport is also home to a tube park, which is really good fun for the whole family.

In addition to tubing, skiing, and snowboarding within city limits, WinSport is also home to skating and hockey lessons, as well as an Olympic bobsleigh track. Due to the high costs of maintaining such an experience, it’s not always open, but when it is, visitors have the chance to soar down the track on an Olympic bobsleigh at speeds of up to 100km/h. It is intense, to say the least.

Another awesome part about skiing in Calgary is that you’re only an hour away (give or take) from some of the best ski resorts in Canada. The closest ski resort to Calgary is Nakiska Ski Area, which was built for the 1988 Winter Olympics. This resort is very popular with Calgary families due both in part to its proximity and its cost. It’s cheaper than the bigger mountains nearby and they often have great deals on season passes. Nakiska Ski Area features 1021 skiable acres, 79 marked trails, a vertical of 2,412 feet, and a wide array of groomed runs for all levels of ability.

Drive just a little further and you’ll enter Banff National Park where you’ll be able to Ski Banff, which is home to Mt.Norquay, Sunshine Village, and Lake Louise Ski Resort. These are three of the top ski resorts in Alberta. If you continue driving west, you’ll also connect with Kicking Horse Mountain Resort and Revelstoke Mountain Resort. There’s also Panorama Ski Resort, which is south on Highway 93. However, you don’t actually have to drive west to the mountains. You can also drive south along the famous Cowboy Trail where you’ll end up at Castle Mountain Ski Resort or the incredible Fernie Resort, which is not too much further from there. There’s really an endless amount of opportunities for those looking to go skiing or snowboarding. 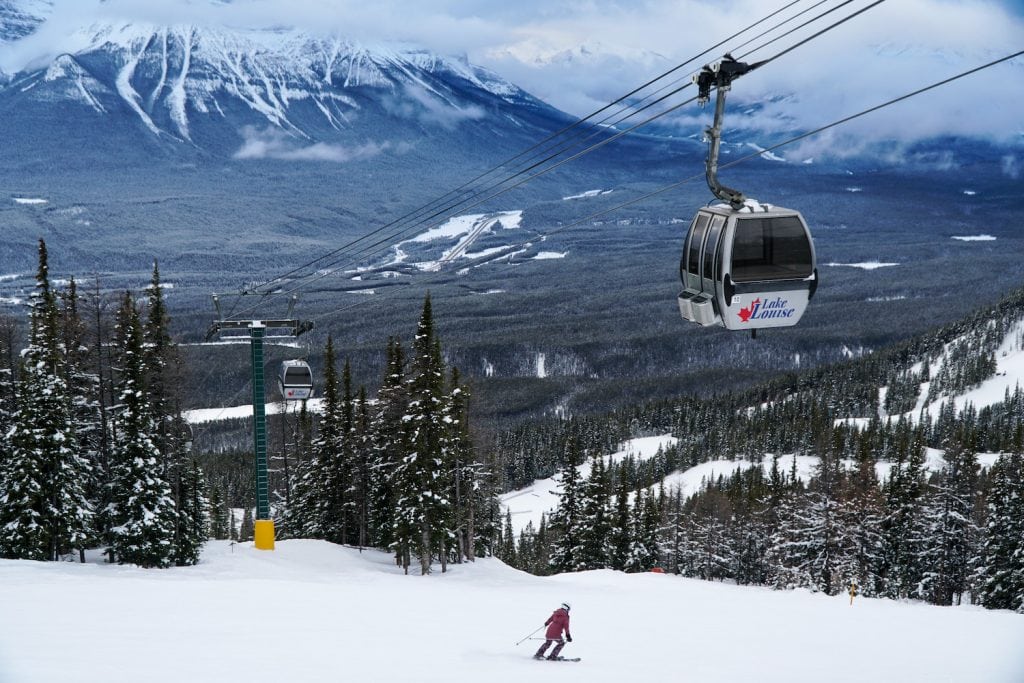 Where to Stay in Calgary

One of the other benefits of staying in the big city is that there are loads of things to do in Calgary, ranging from outdoor pursuits to world-class museums. There are also many places to stay.

If you’d like to sleep near WinSport, which also happens to be near the exit to Banff National Park, some options include the Sandman Hotel & Suites Calgary West and the Four Points by Sheraton Hotel & Suites Calgary West. If proximity to WinSport are of no concern, then there are even more options including downtown Calgary, Hotel Village up by the football stadium, or even out by the Calgary International Airport. However, unless there’s a reason you want to be close to the airport, it’s not a place we’d recommend as it’s quite far from all the action.

Looking for more things to do in Calgary? Check out these articles below: